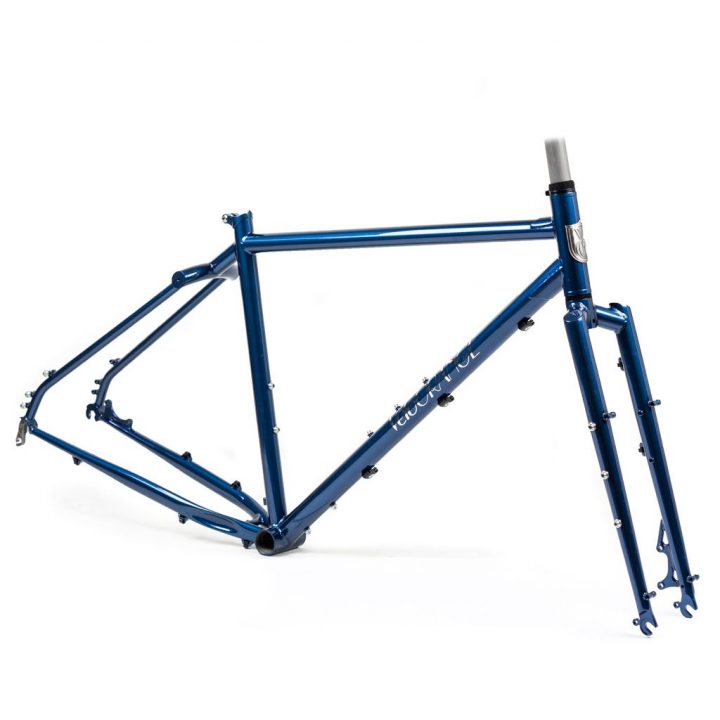 This is an off-road touring bike that V.O. offers.

The Piolet is great for both flat and drop bars. I must say, both builds above look pretty darn fun.

In the year 2022, we hear a lot of the terms such as, “gravel bikes” and “touring bikes” and the Piolet is with out a doubt one of those bikes. However, for people like us who live in a city filled with paved roads and tall buildings, we often questions ourselves, “how can we turn this into an urban cruiser…?”.

Is it impossible for people who live in the city to ride certain bikes?

Clint from Blue Lug Yoyogi Park had the opportunity to build a Piolet and he might have answered the question perfectly. Let’s look at his work.

The orderer of the bike was is a woman, who used to ride an electric “mama-chari”. Her kids have grown up, so she decided to get herself a cool bike. She had been keen on V.O. bikes and chose the Piolet to be built.

The goal of this build was to build  “the best city cruiser ever”.

Clint asked what she liked and disliked about the mama-chari she rode previously to get inspired for the new V.O. build.

Let’s take a look at the whole bike. 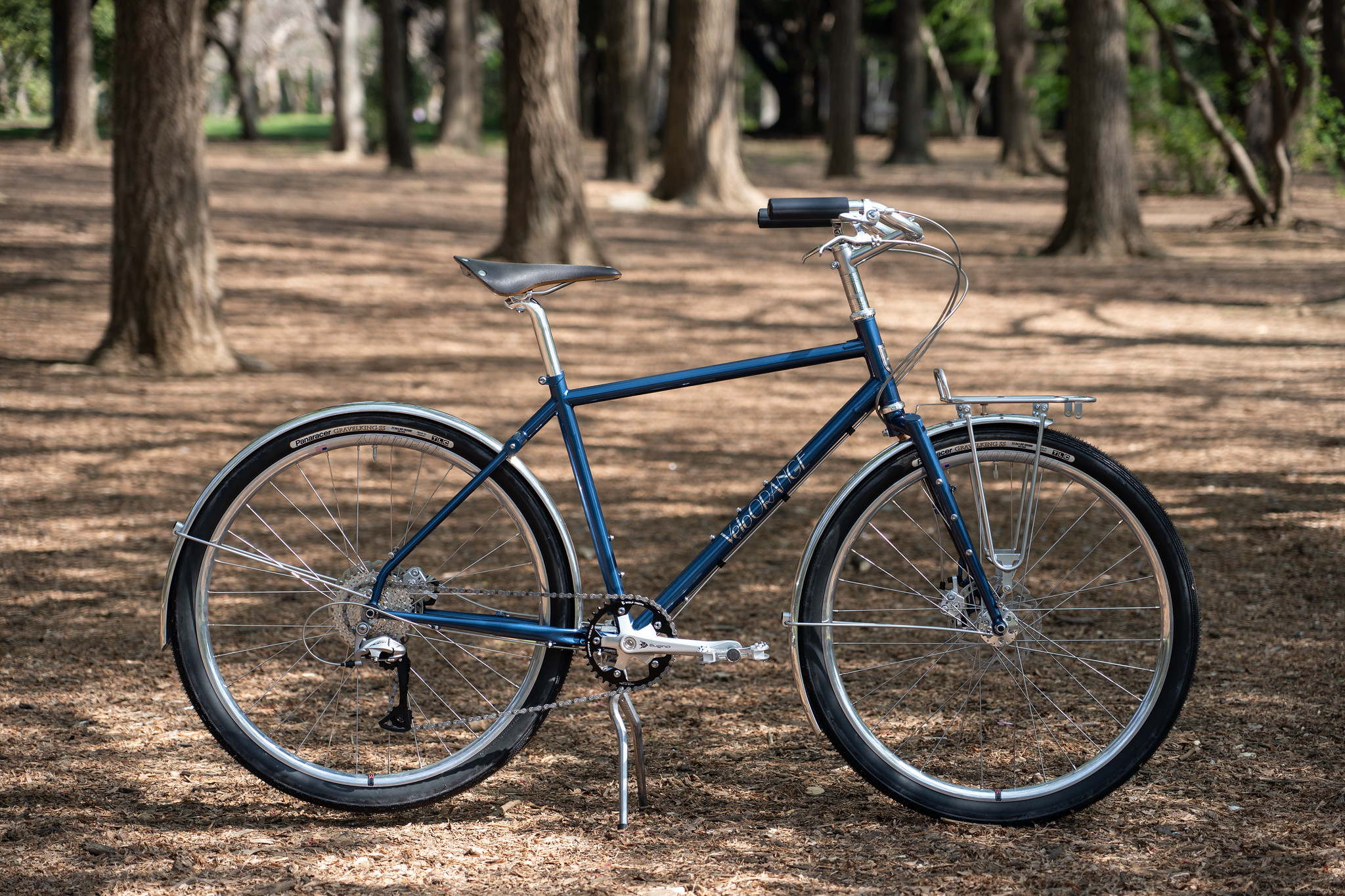 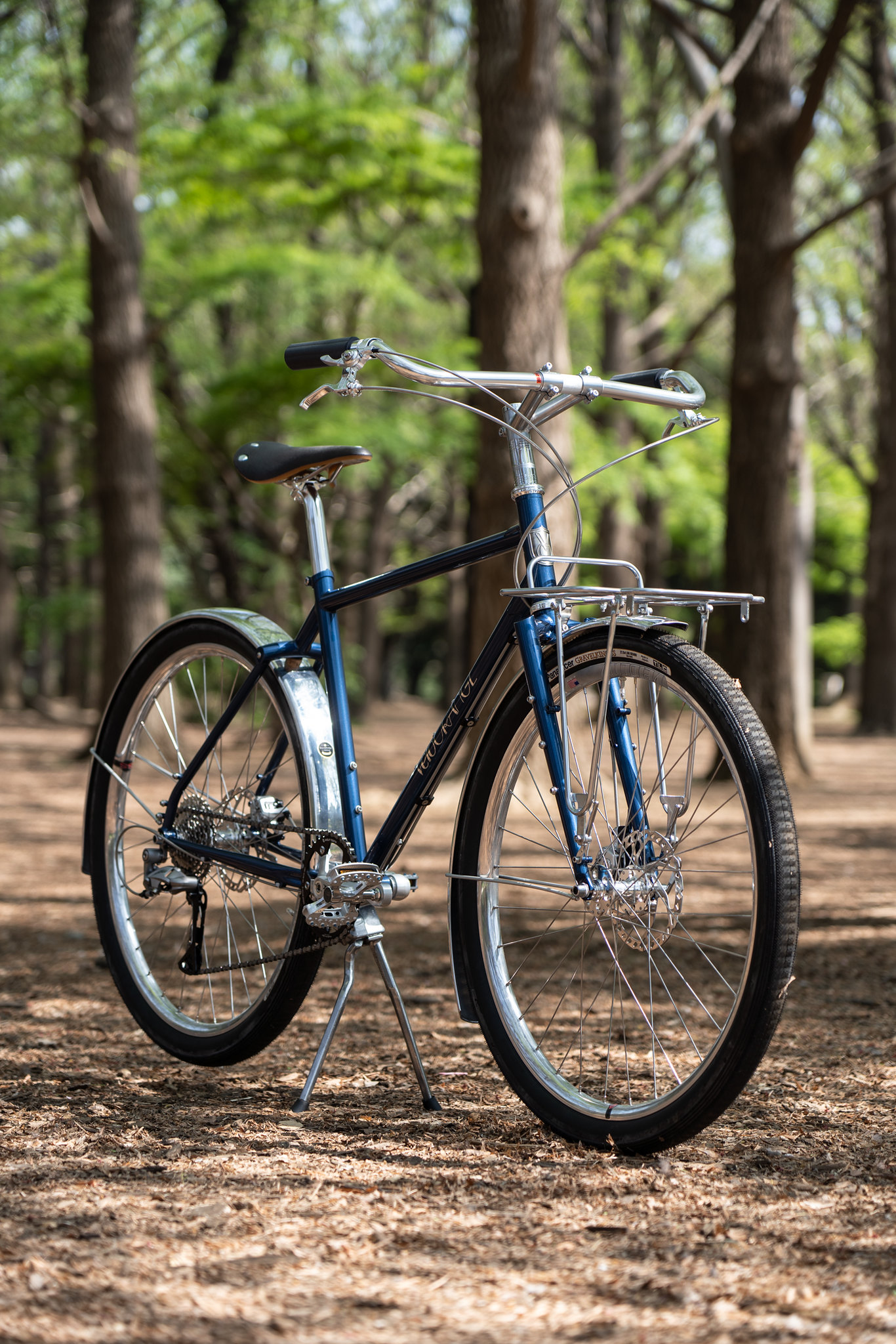 You may think that “the best city cruiser”, is not a suitable concept for the Piolet, but Clint says that it is actually quite easy to turn touring bikes and gravel bikes into a bike to ride daily in Japan. This is a type of build, which we like to call “EVERYDAY BIKE”.

Bikes like this usually has a wide tire clearance and a wide wheel base, which means that the bike is very stable.

With places where there’s a ton of traffic lights, you’re more likely to continuously stop and go and having stability in those situations helps a lot. 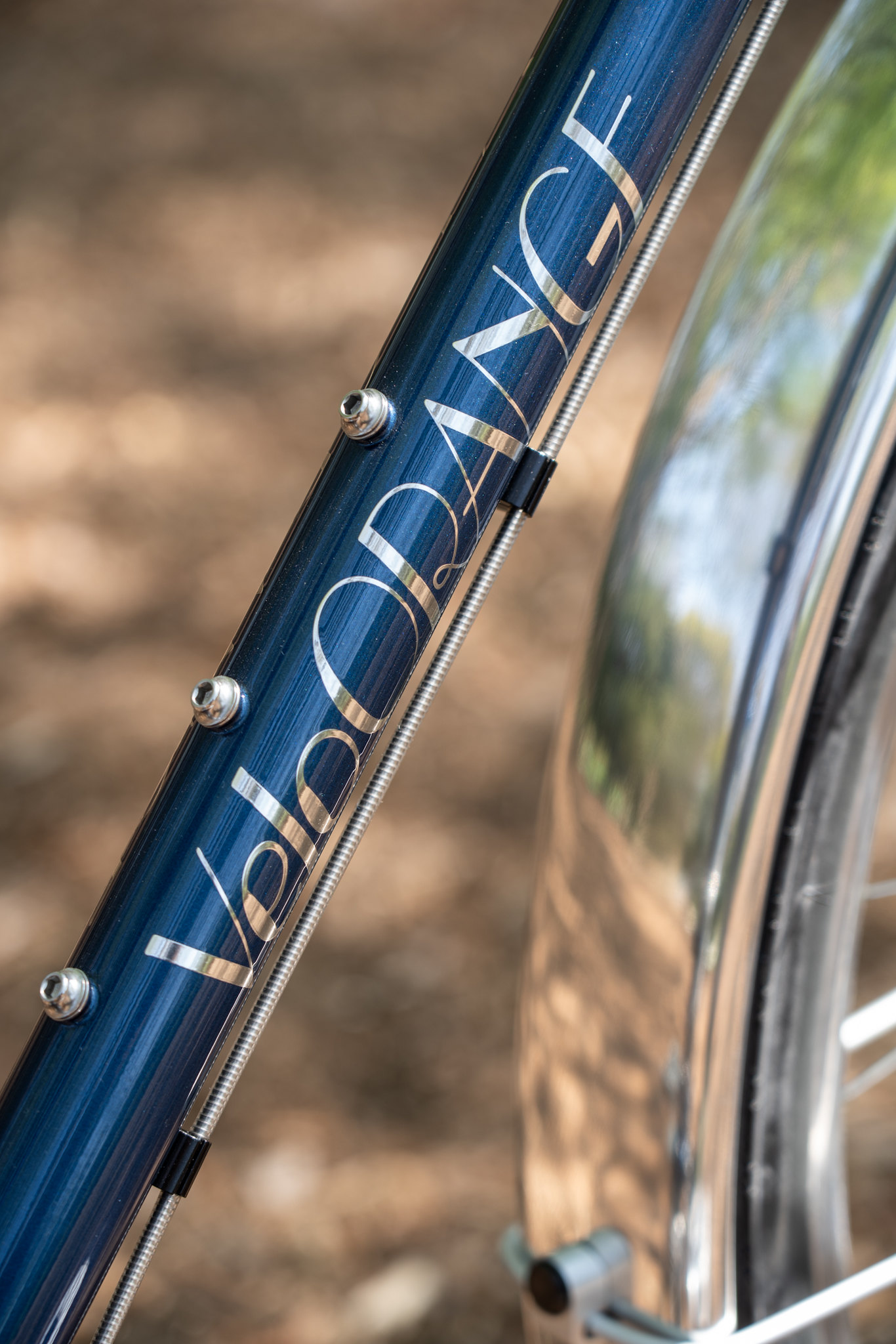 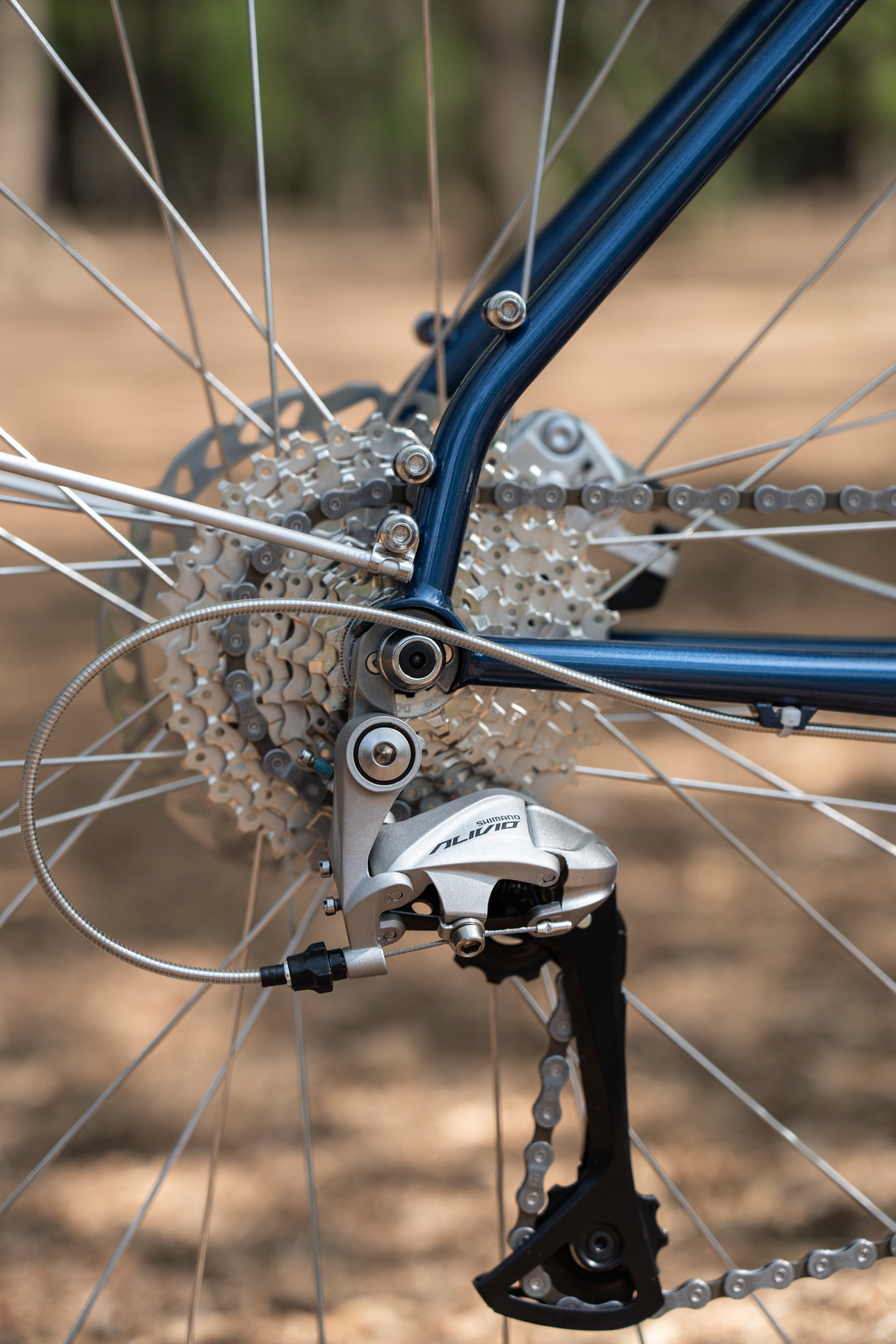 The frame is filled with bosses, so you can loaded up a bunch of stuff. And with the wide wheel base and the lower BB drop, you can still ride safely when maxed out with loads.

Here are some the details that the orderer needed.

She realized the convenience of fenders when riding the mama-chari and this is one of the features she must have in her new bike.

Alright, let’s slap on some SIMWORKS by HONJO Flat 65 Fenders. 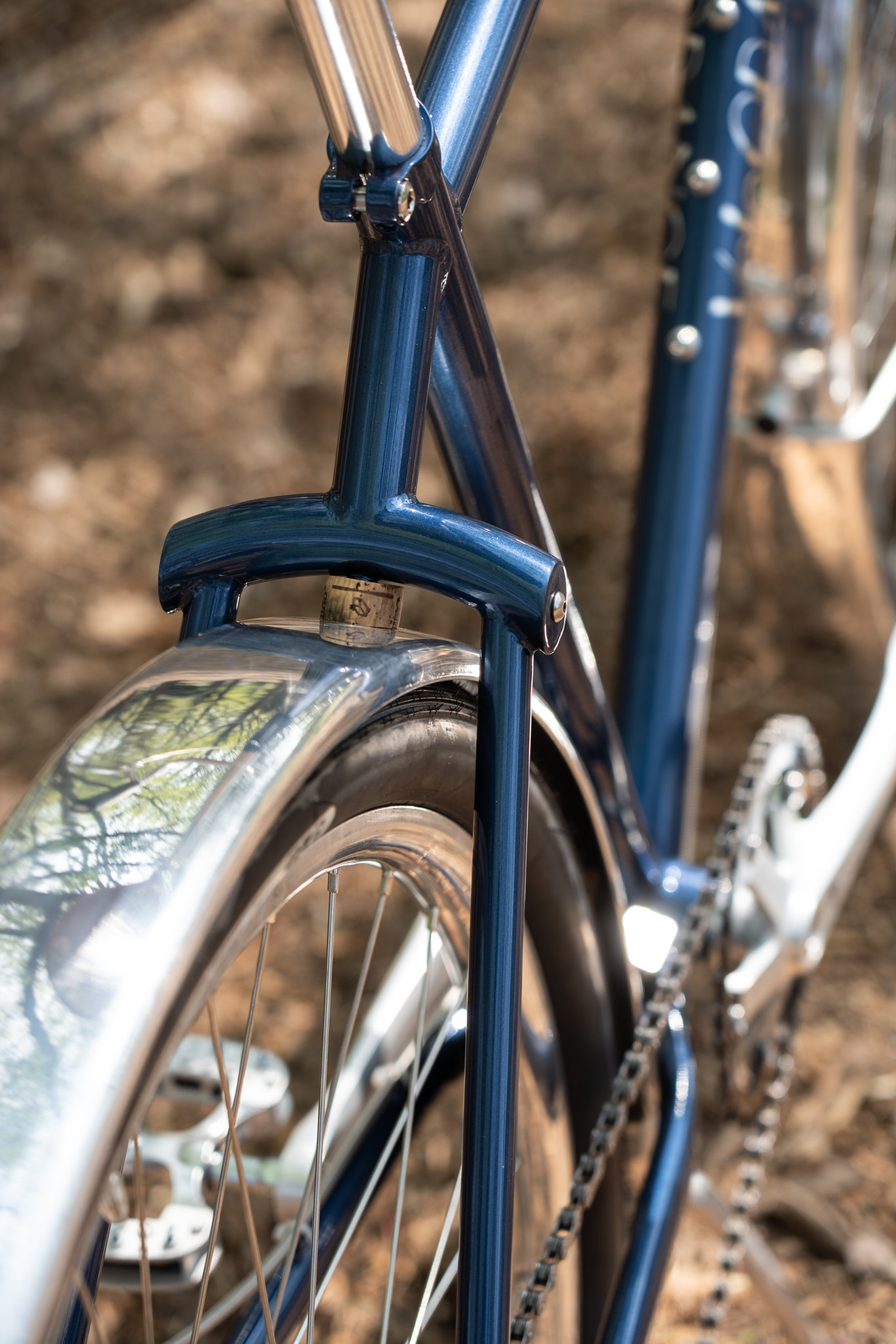 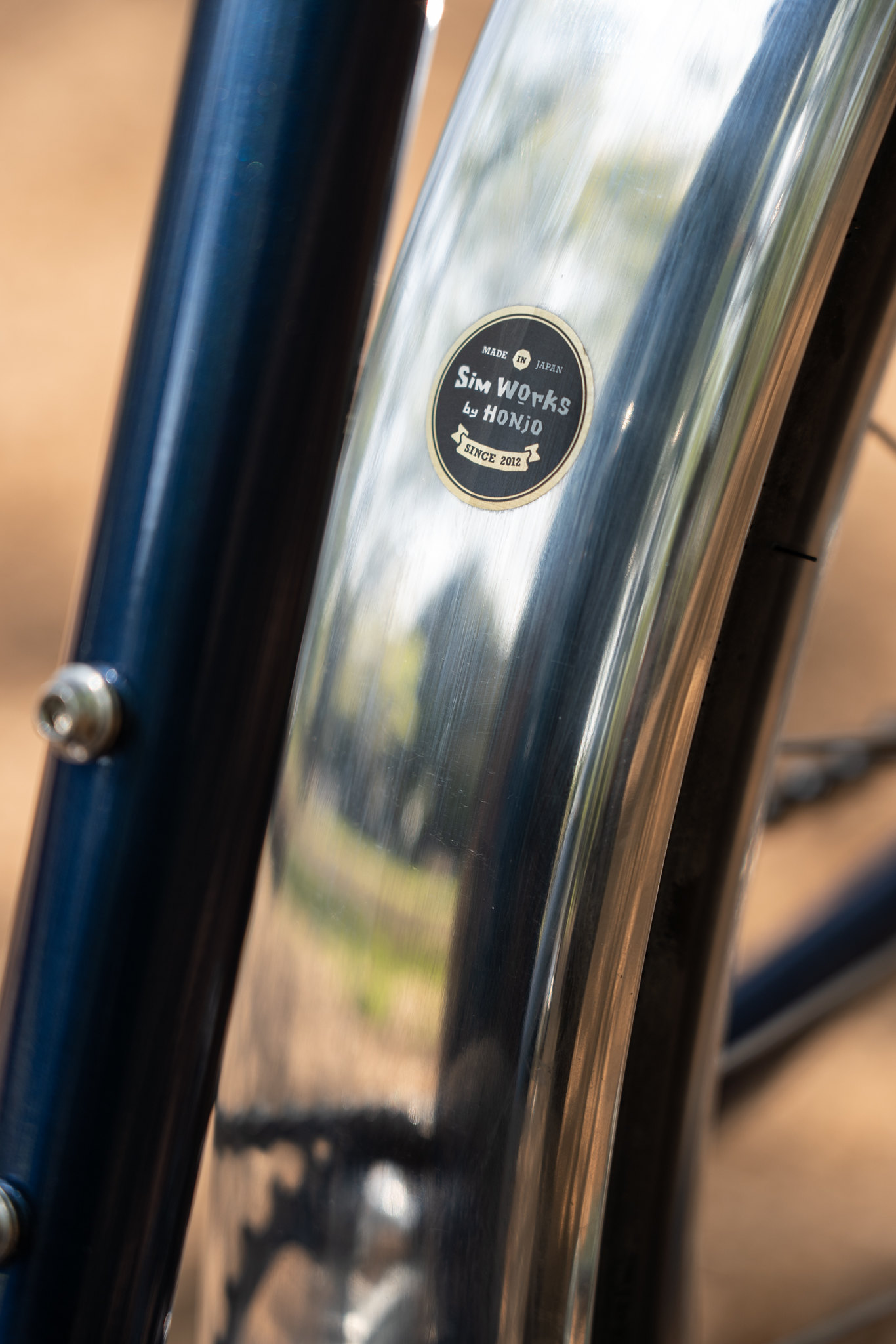 The mama-chari she previously rode had slick tires. She didn’t feel safe in them, so she wanted grippy tires, but not too knobby. The GravelKing SS series are perfect tires for that. 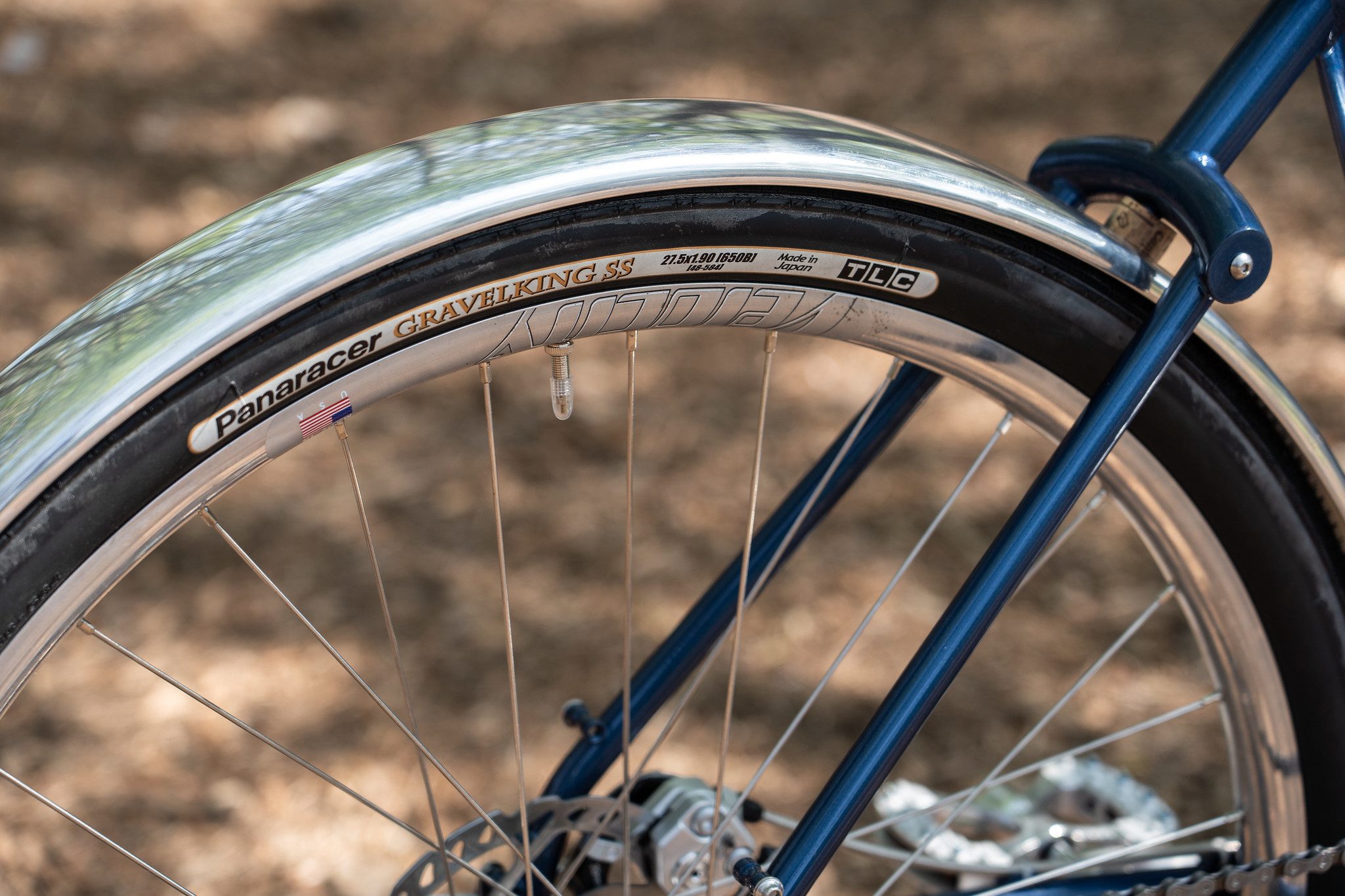 By that, you can go slightly faster compared to having 26 inch wheels and there’s more options for tires. #26aintdead though.

The reason why Clint decided to go with 650B wheels is that he just wanted to use these SIMWORKS fenders. 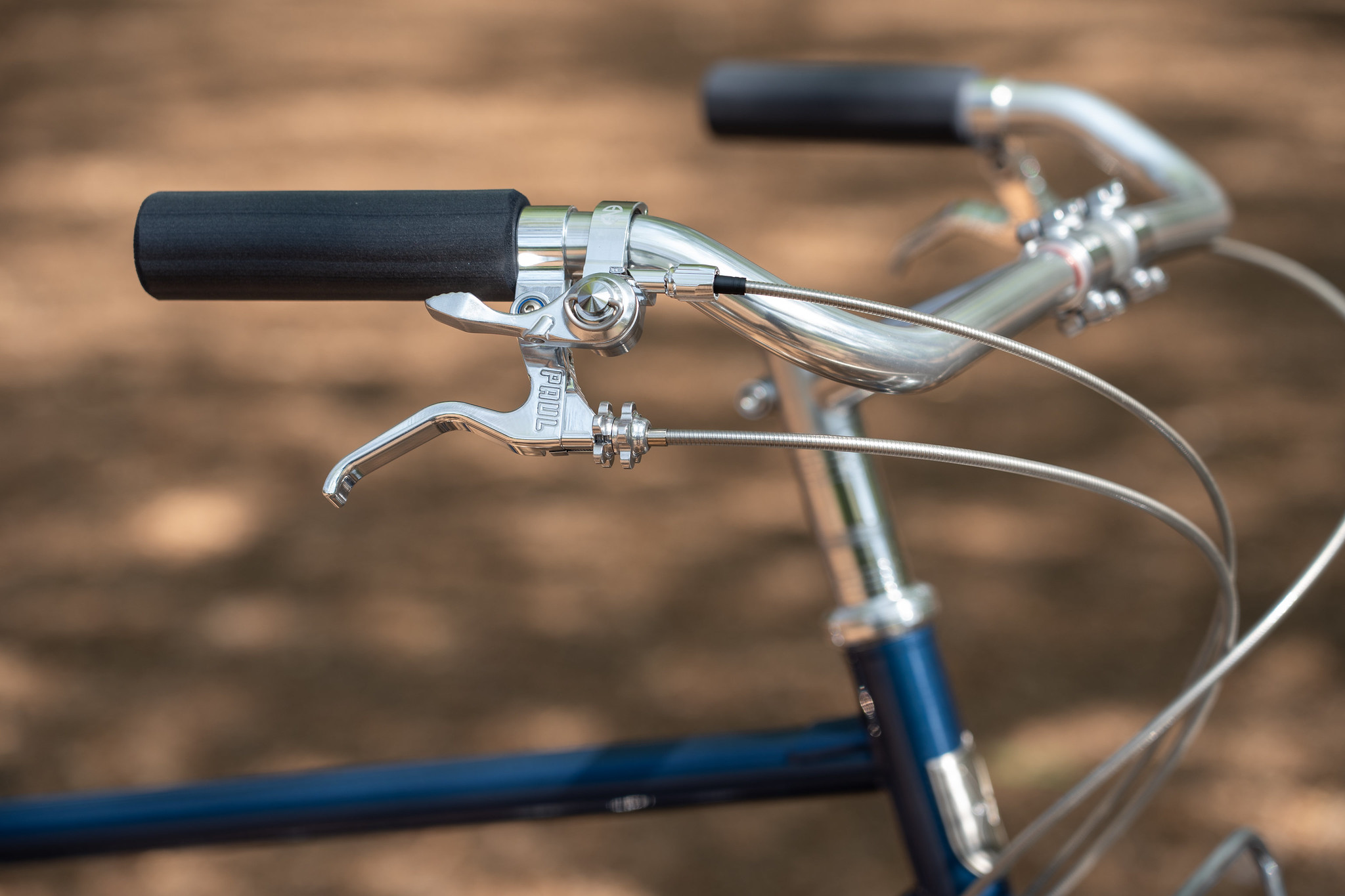 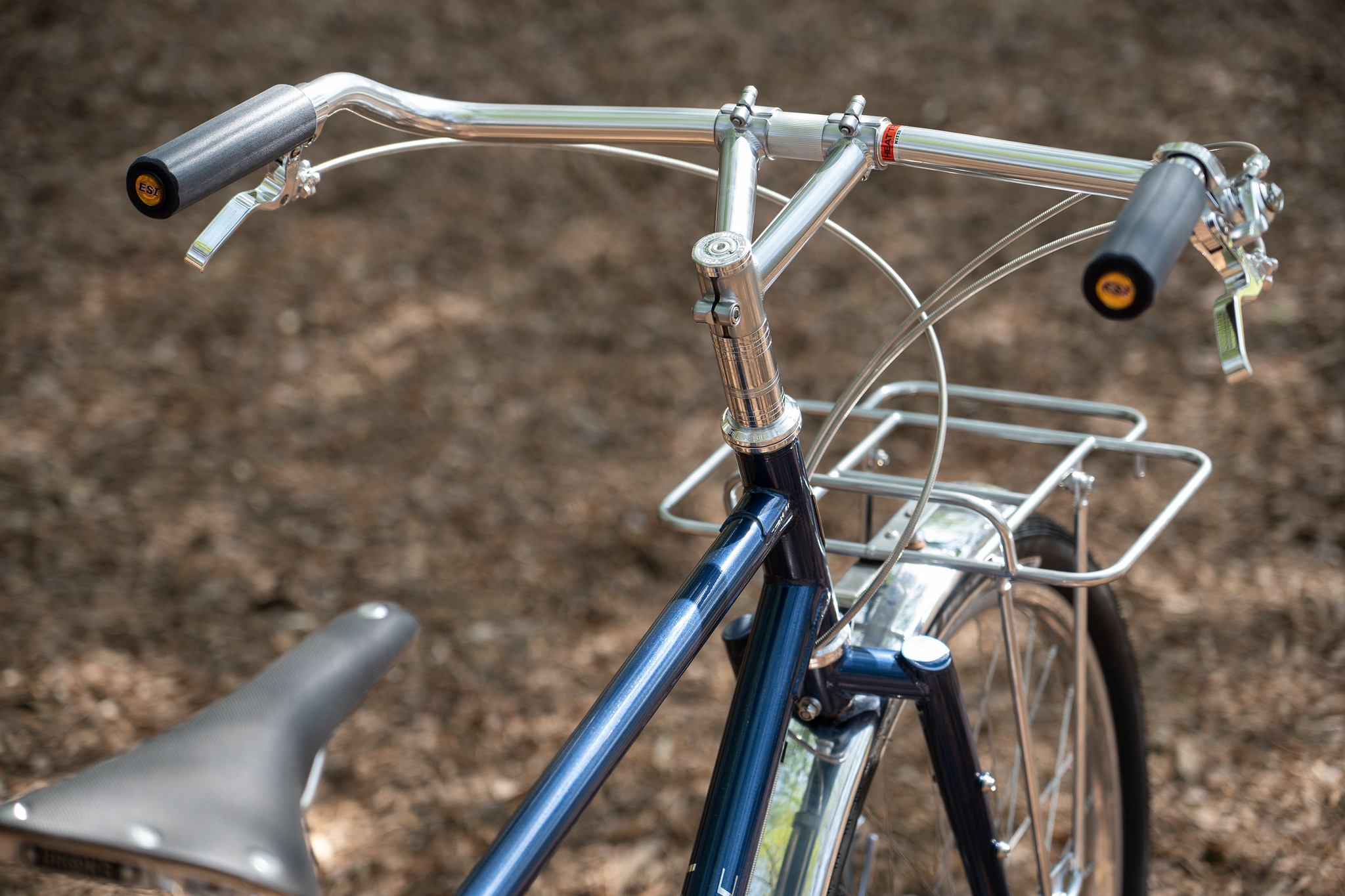 The Loscos maybe the most swept back bars we carry. There are 540mm wide Loscos and 480mm Loscos. This one is 540mm. The stem is a Nitto V5 stem, if you are wondering. 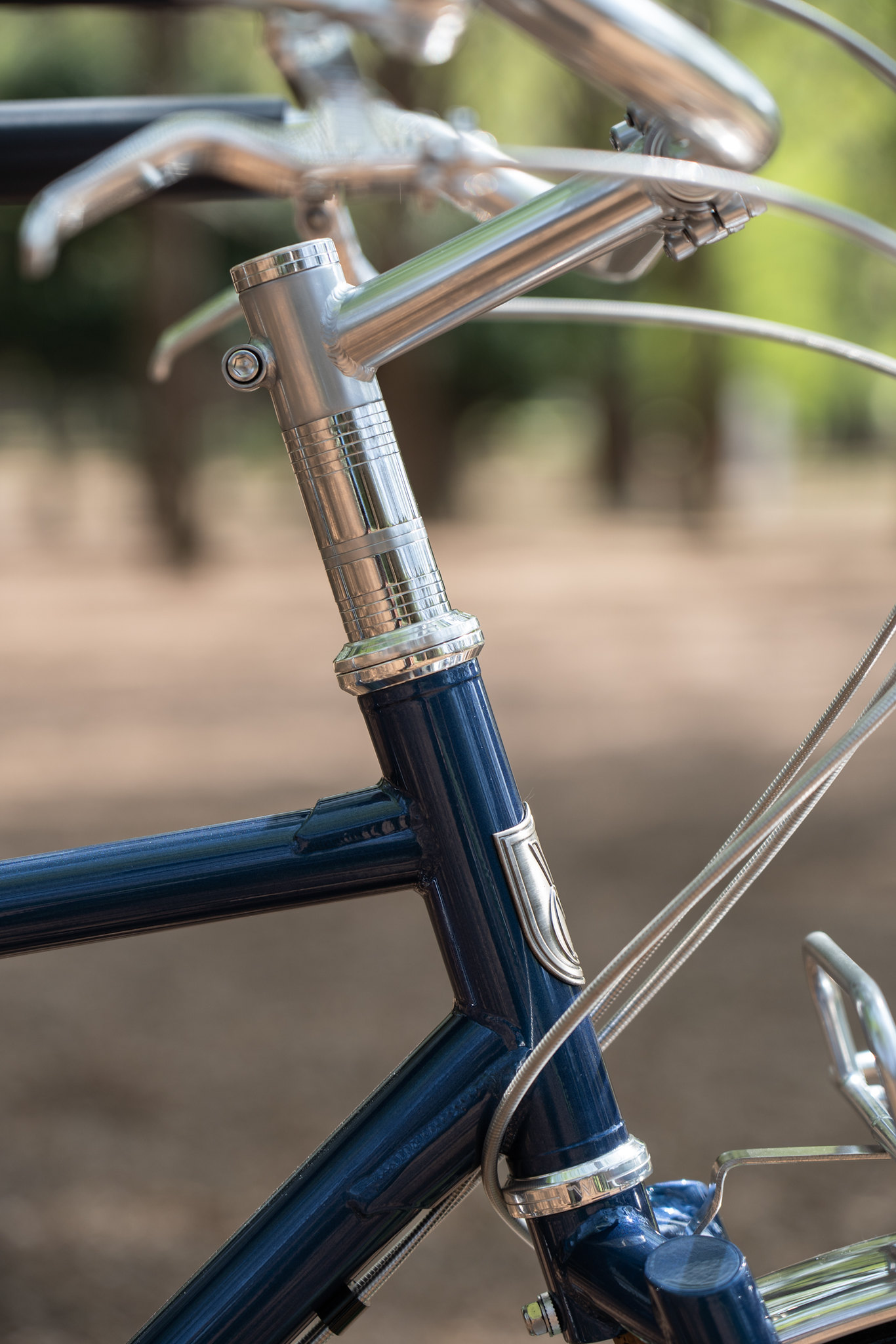 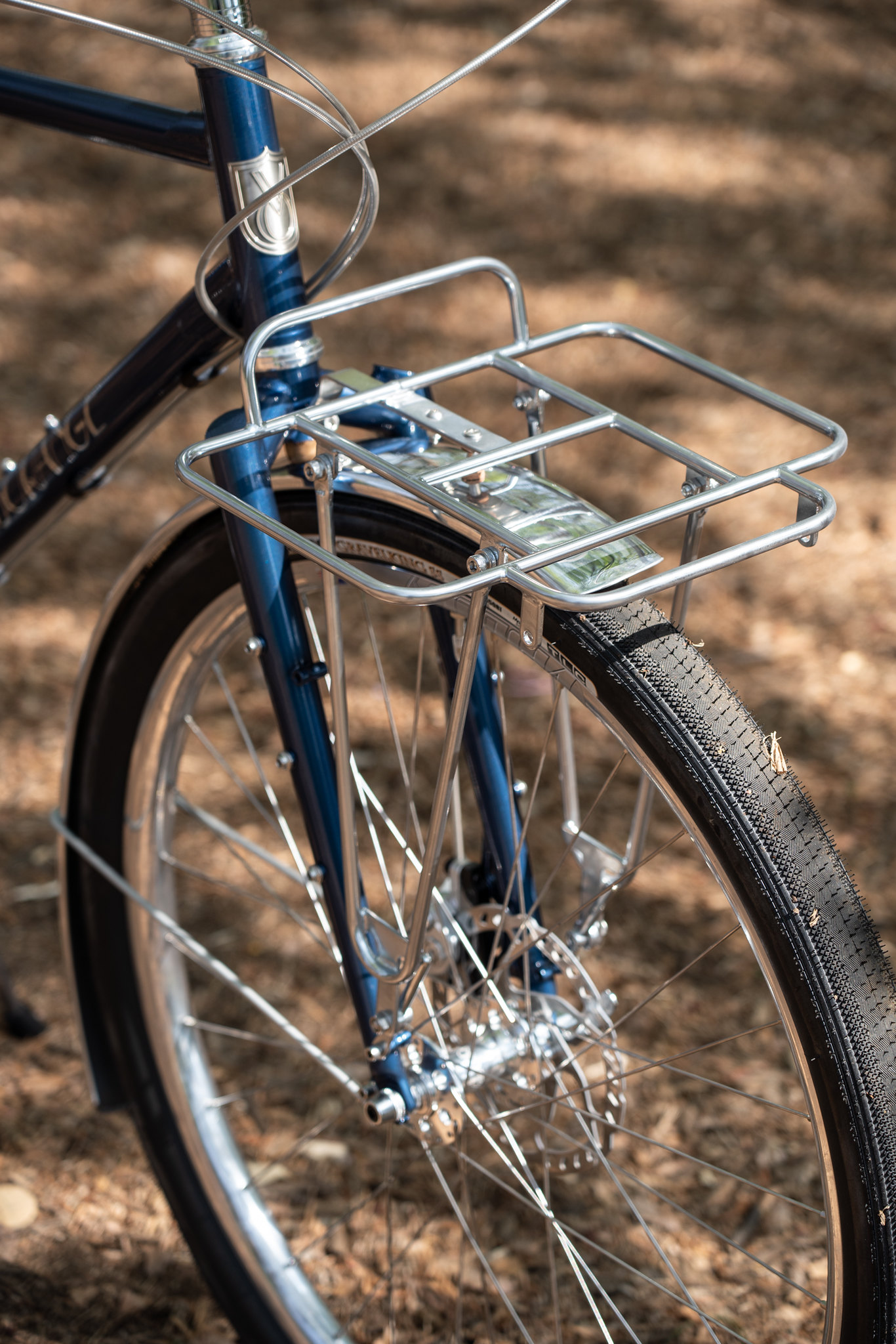 Gotta have a front rack for urban riding.

Clint went with the Nitto x Rivendell 52F basket rack. It’s a bit on the heavier side since they are made of chromoly, but durability really matters for a front rack! 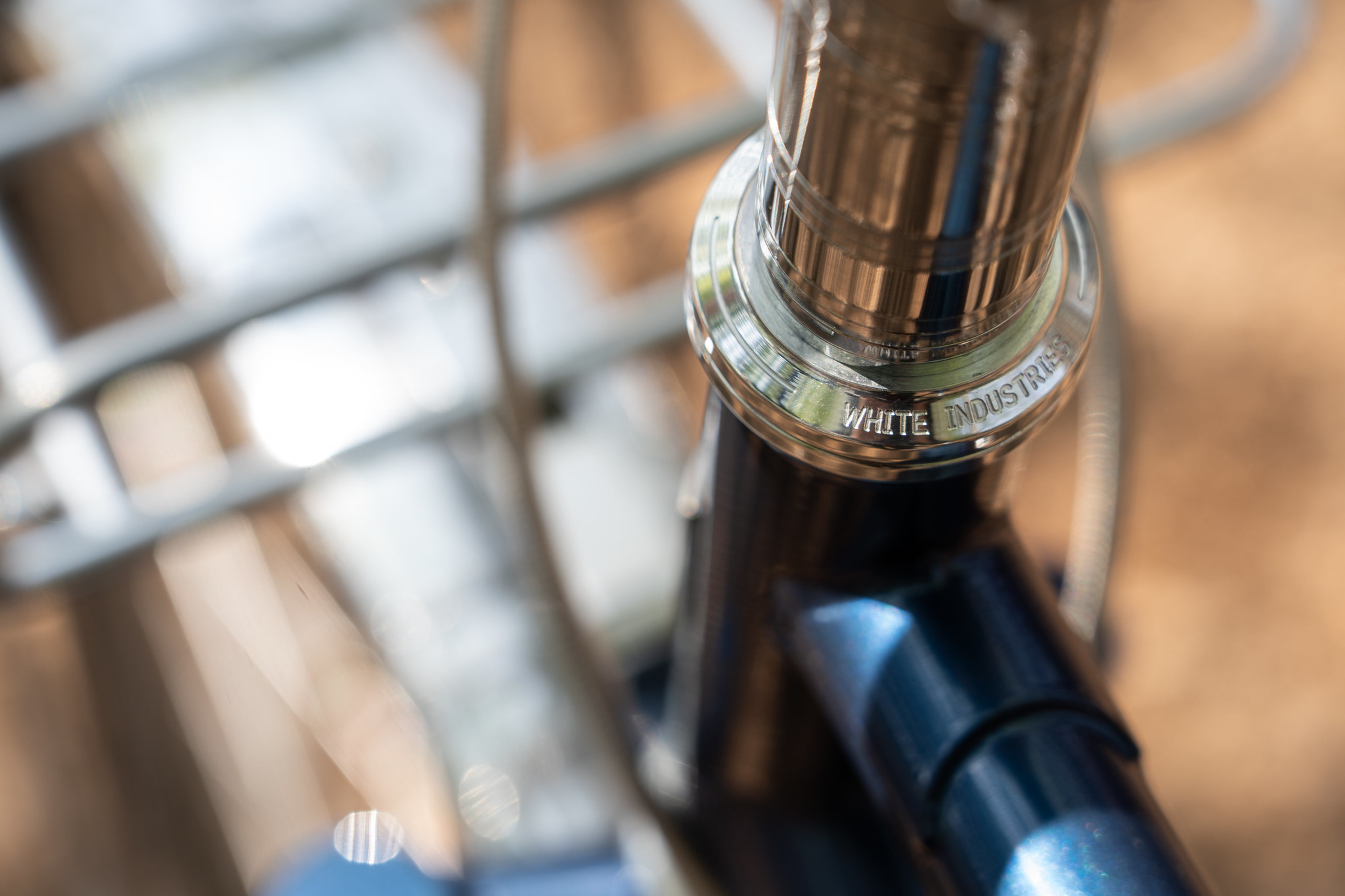 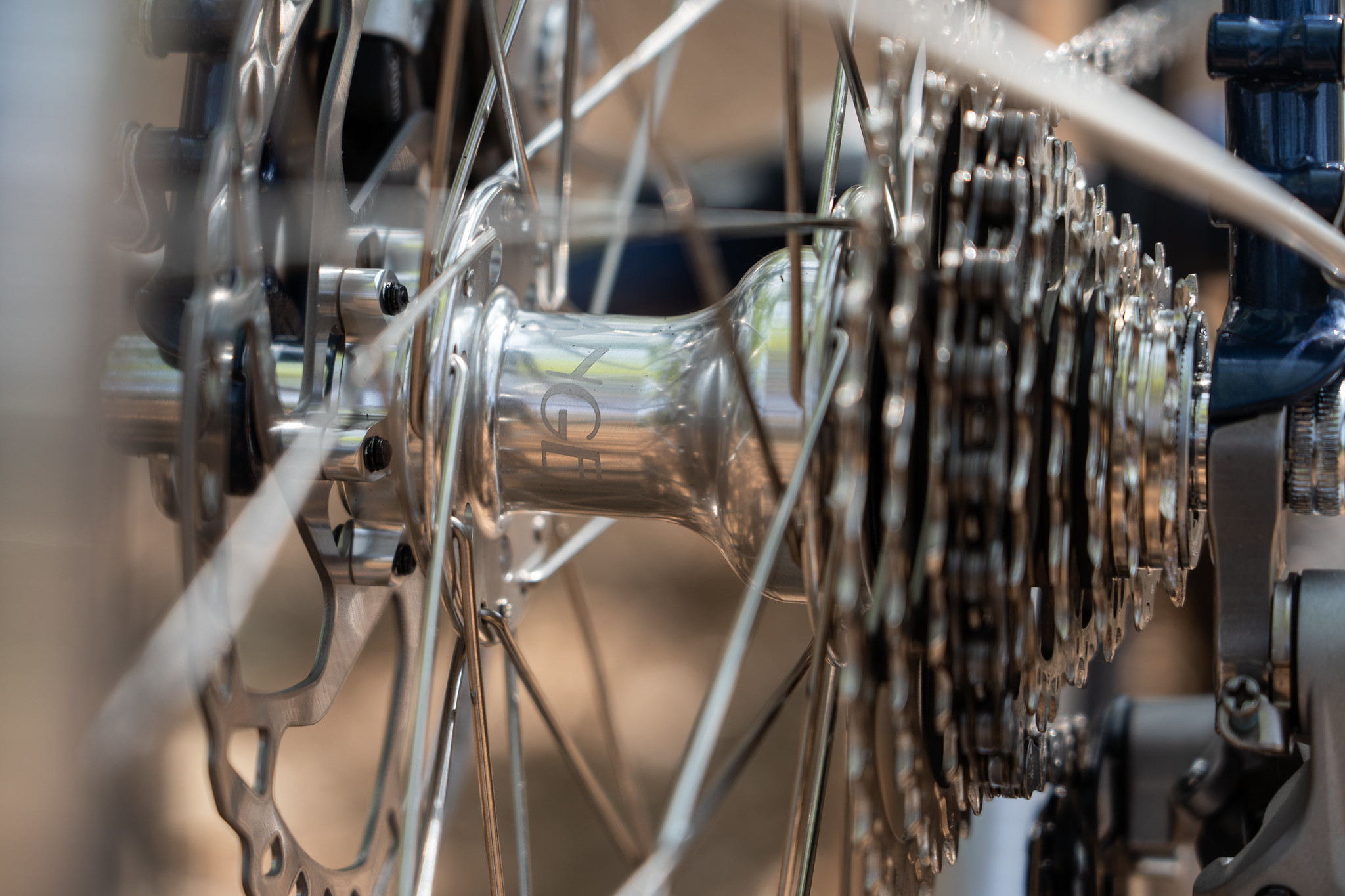 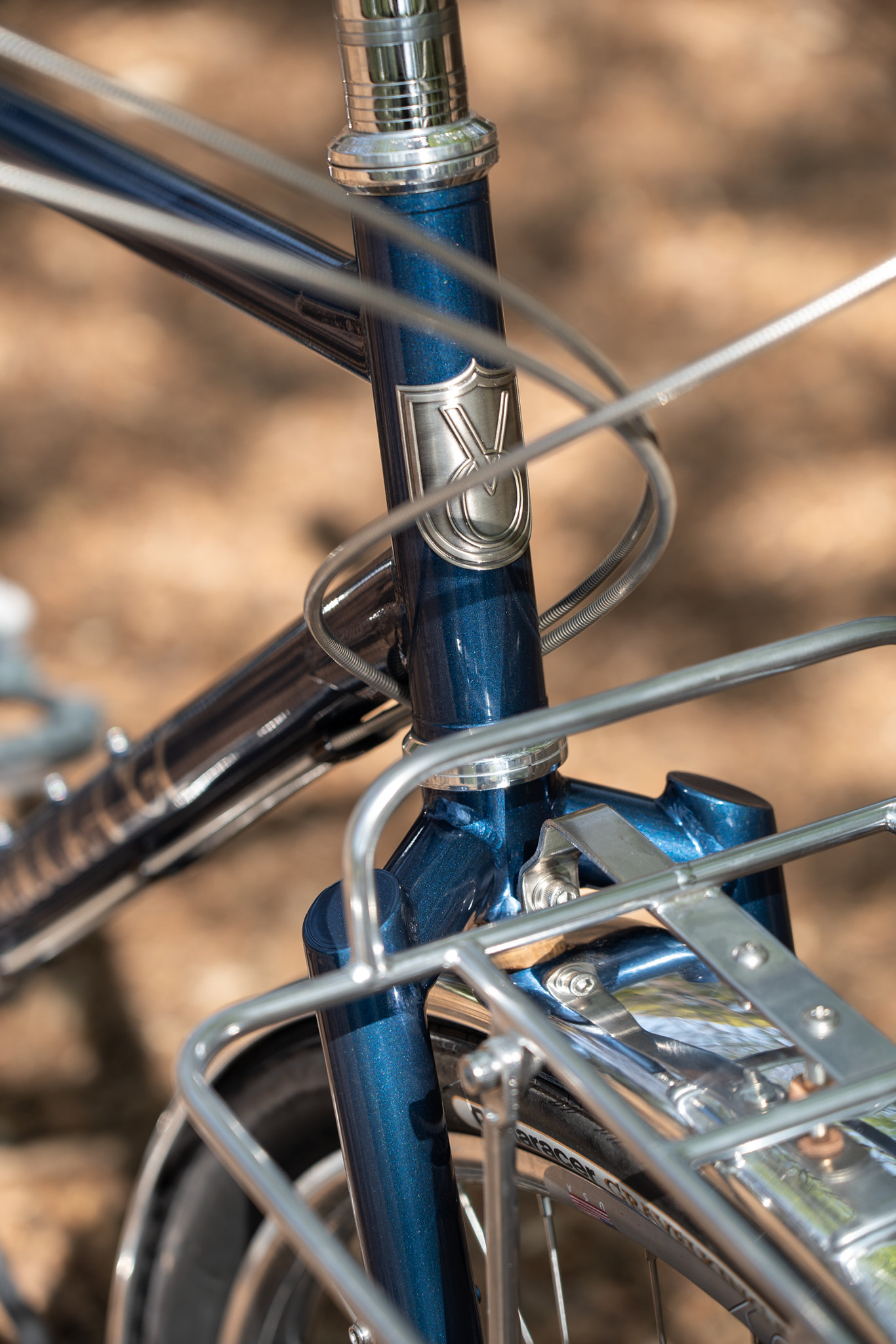 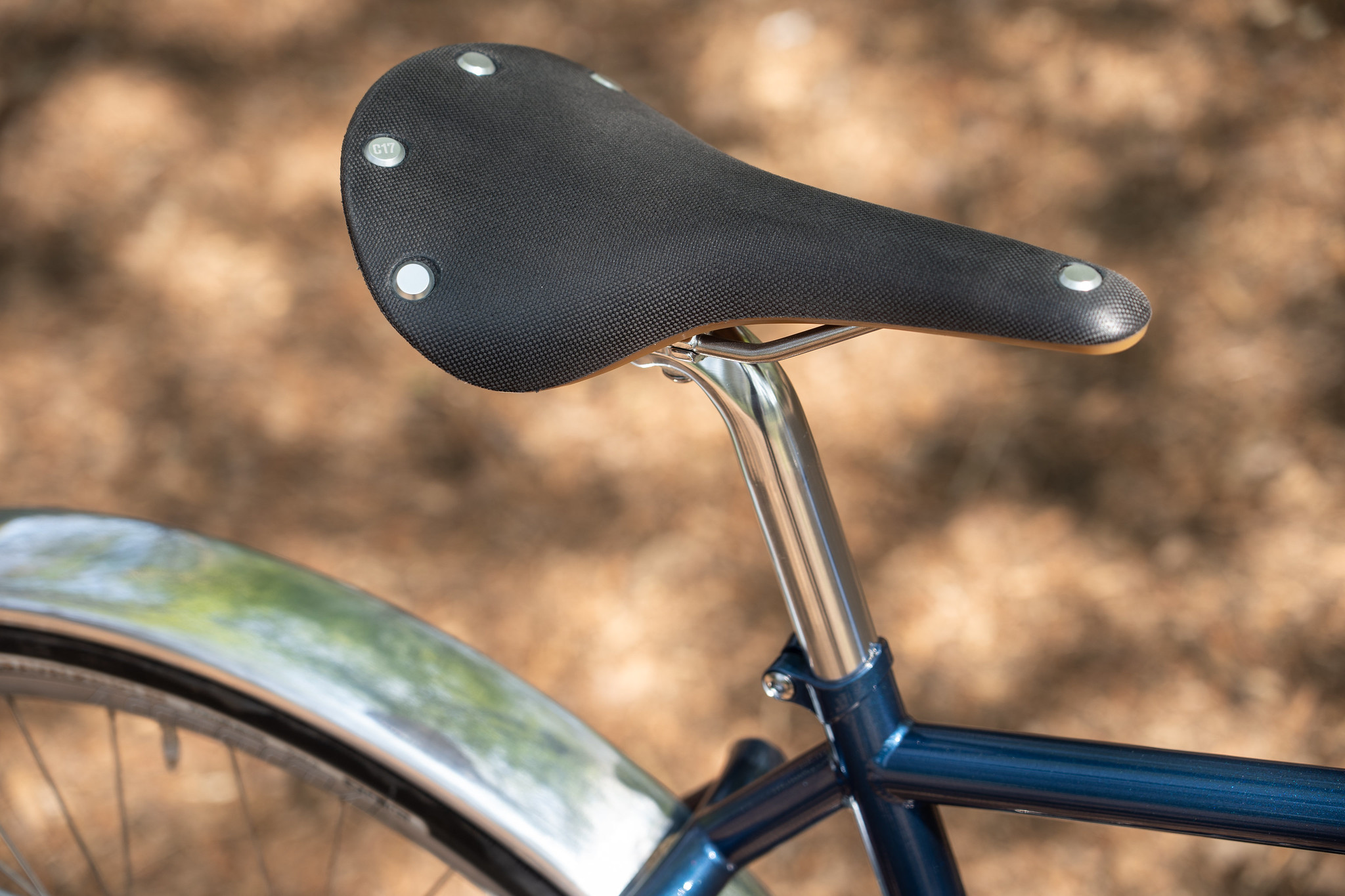 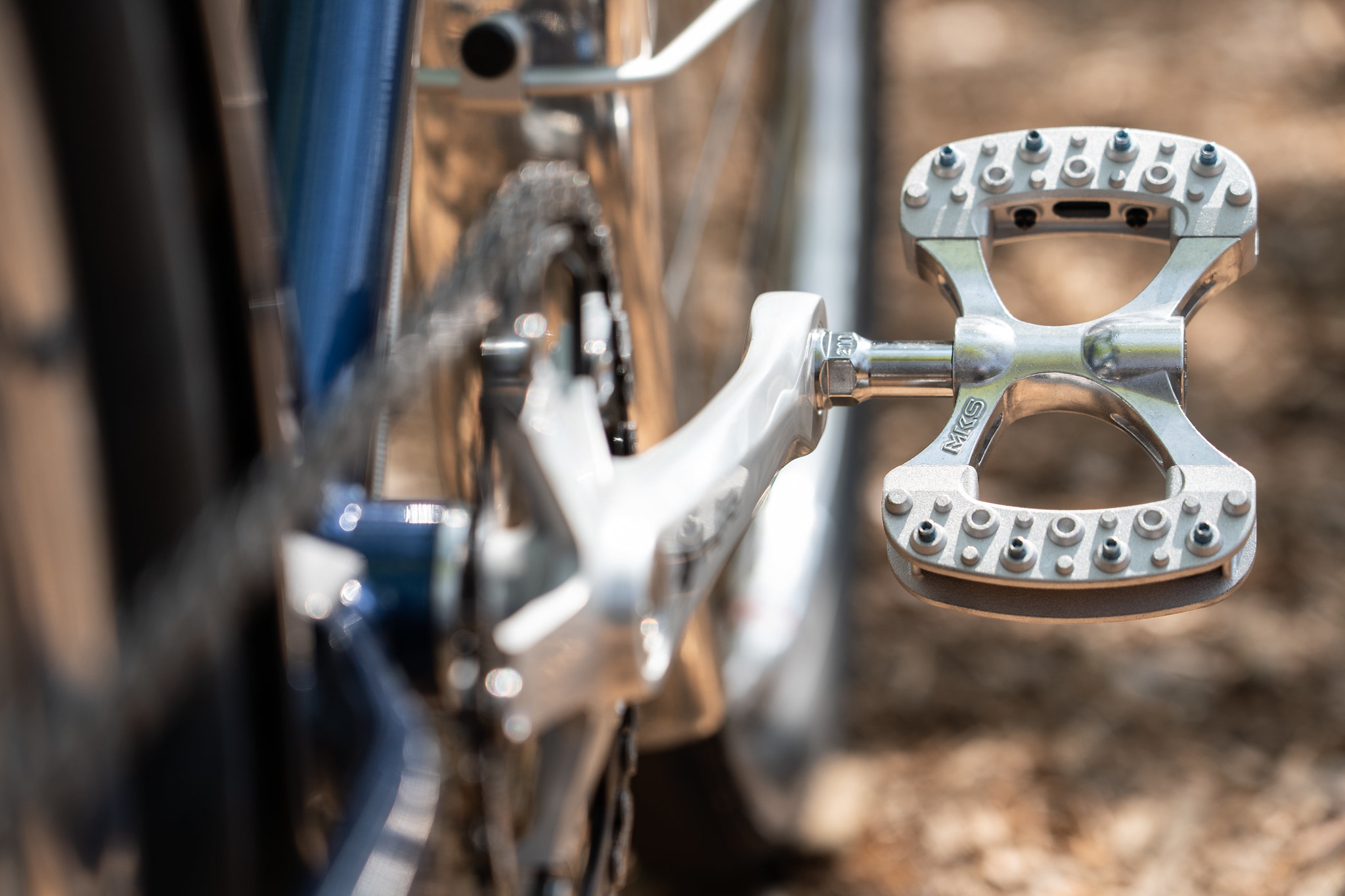 The pedals are MKS Gamma Pedals. They have pins, they don’t slip. 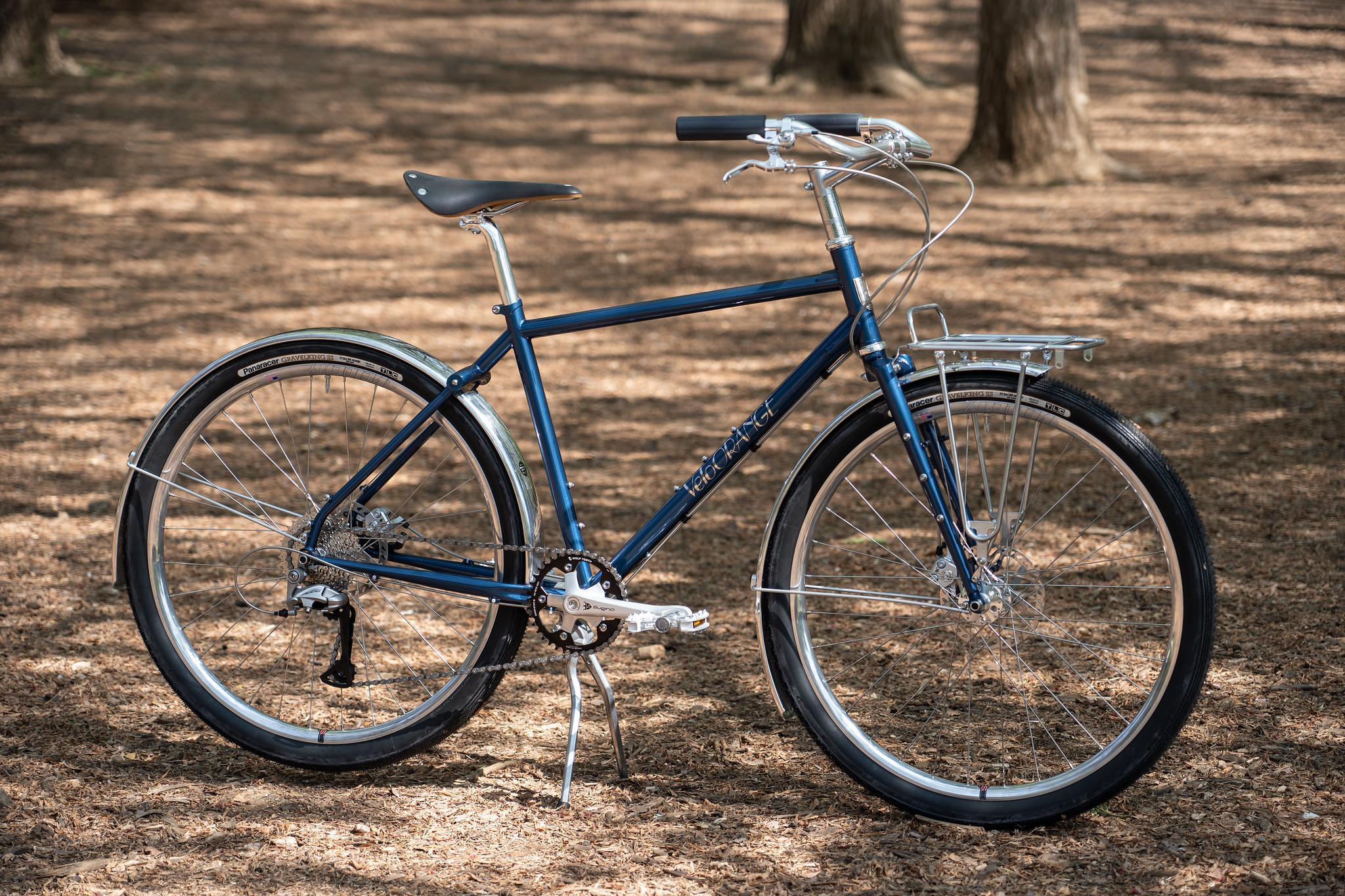 There you have it. The best city cruiser ever.
Yes, the bike would look great with knobby tires, riser bars and a bit of mud splash on the down tube.

But, they also look super nice with this clean build that Clint did. I’m hoping this will inspire all you city riders out there.

We also uploaded a Bike Check video for this build on our YT channel, go check it out if the bike caught your attention!
Of course, the video has English subtitles.