This is going to be another blog about one speeders. I try not to focus on the same stuff in a short period of time but I don’t know, I’ve been kind of in a single speed mood lately. After all, Blue Lug originally was a track bike shop…

Today, I am going to write about another guy, who is even deeper into the swamp of single speed.

“I don’t know if it’s some kind of curse but, I feel like I don’t need gears anymore.”
“I’ve been thinking about building a single speed neo-randonneur bike with a Midnight Special…am I taking this too far?”

“Hell, I even turned my LOW MK I Cross into a one speeder!” 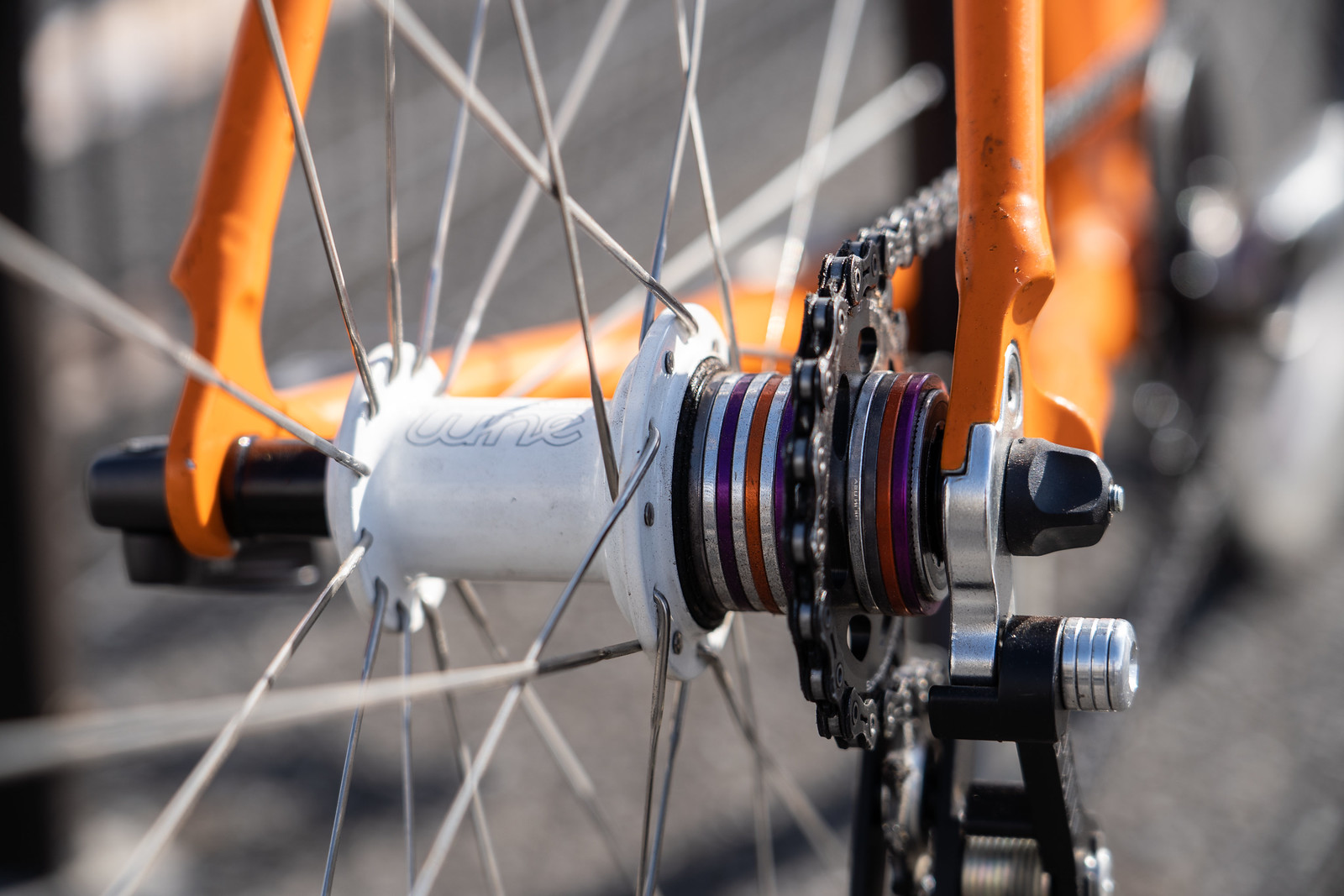 Who am I talking about? 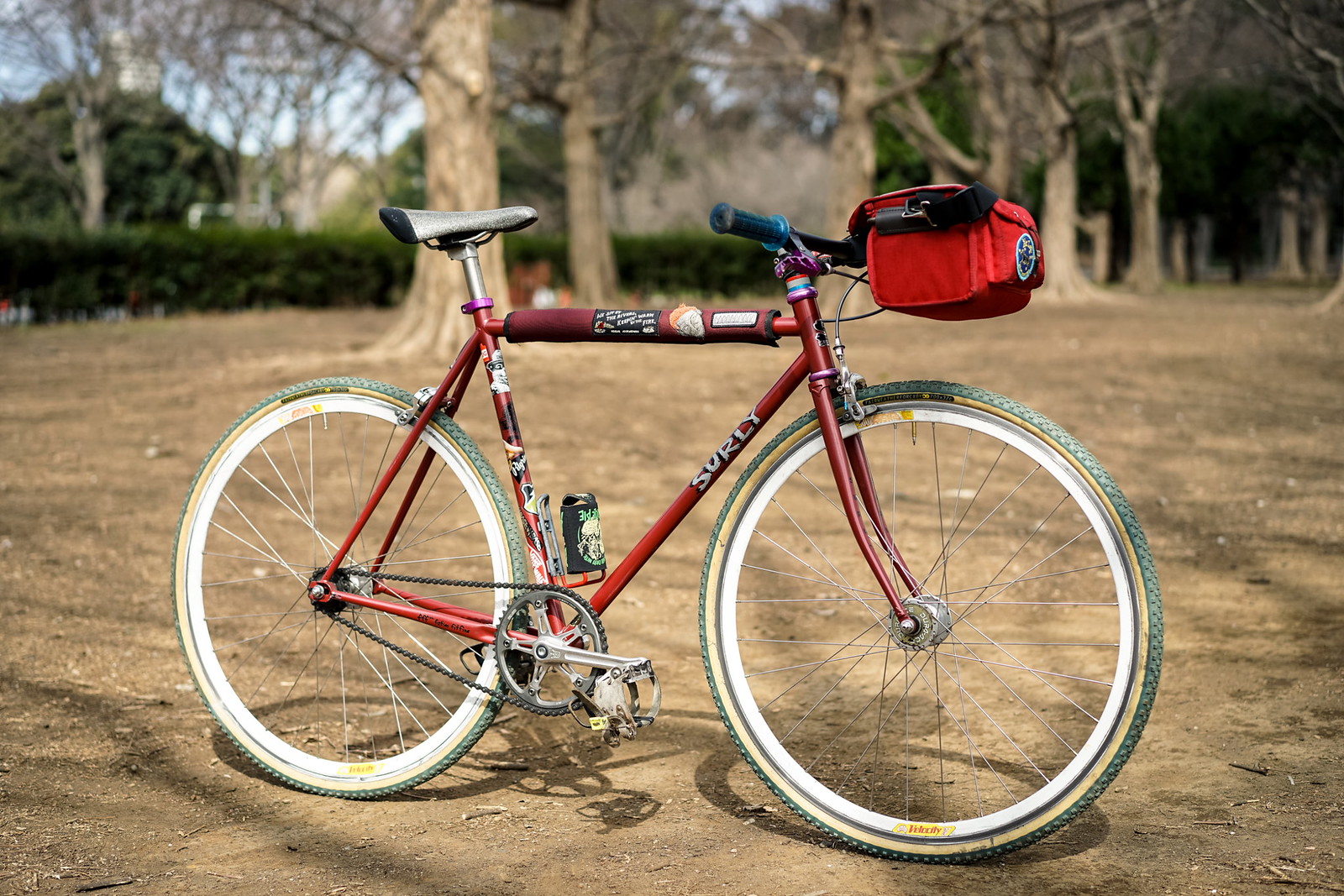 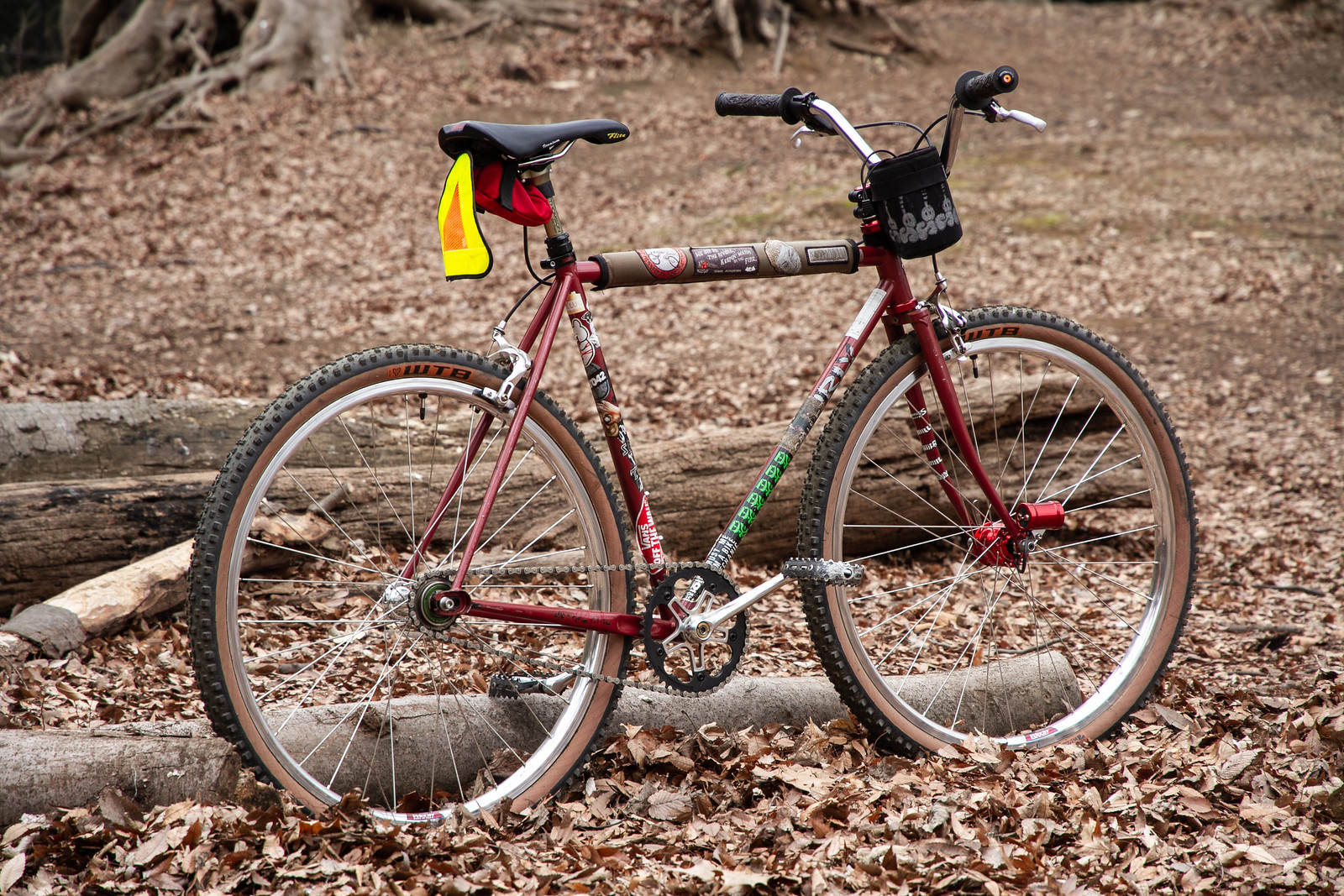 Kaneyan always had his own way and style of how he builds bikes, but he always mentions that the Surly Steamroller is the bike that sparked up his own style. 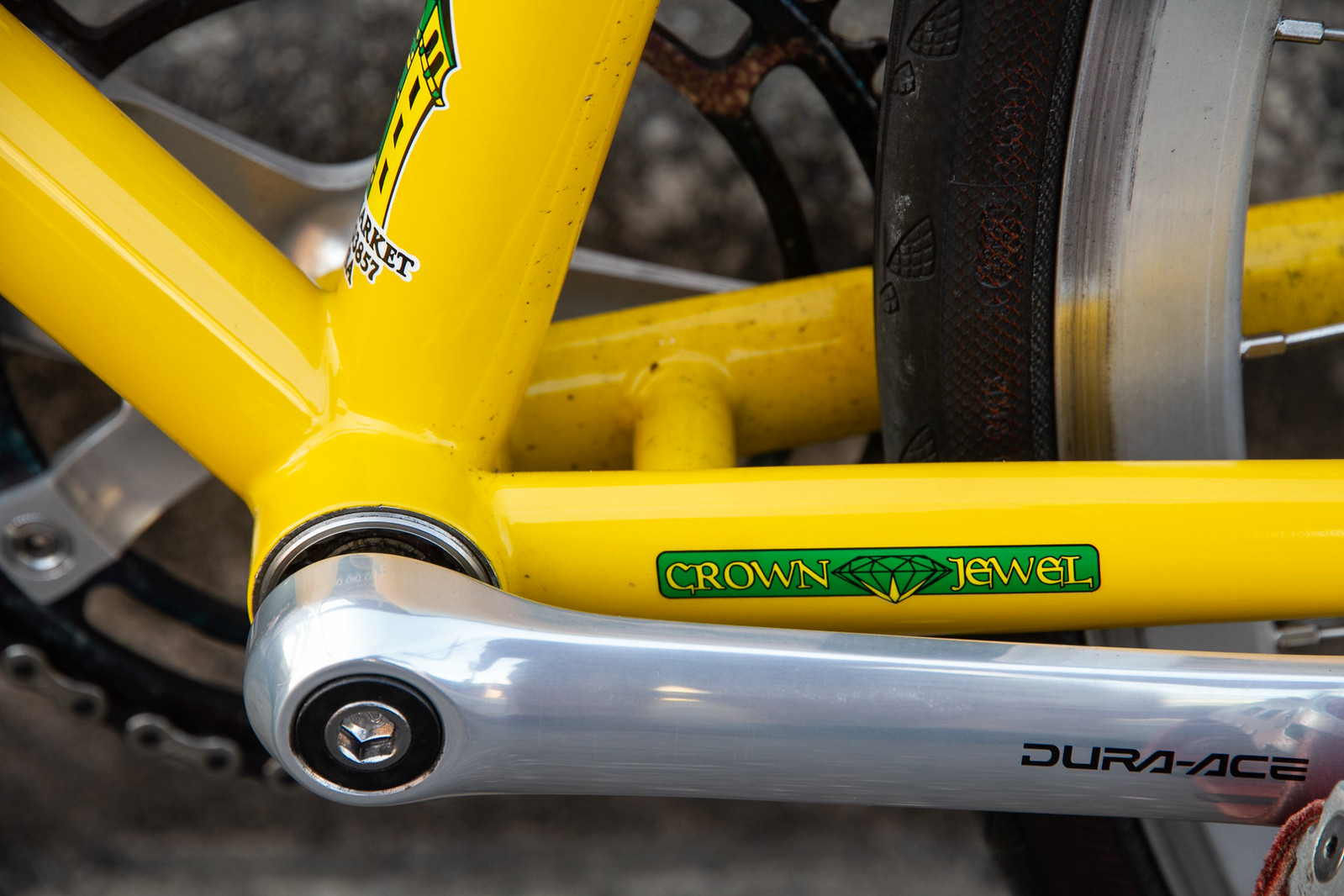 And the Indy FAB Crown Jewel Track is the bike that triggered Kaneyan’s “single speed syndrome”. 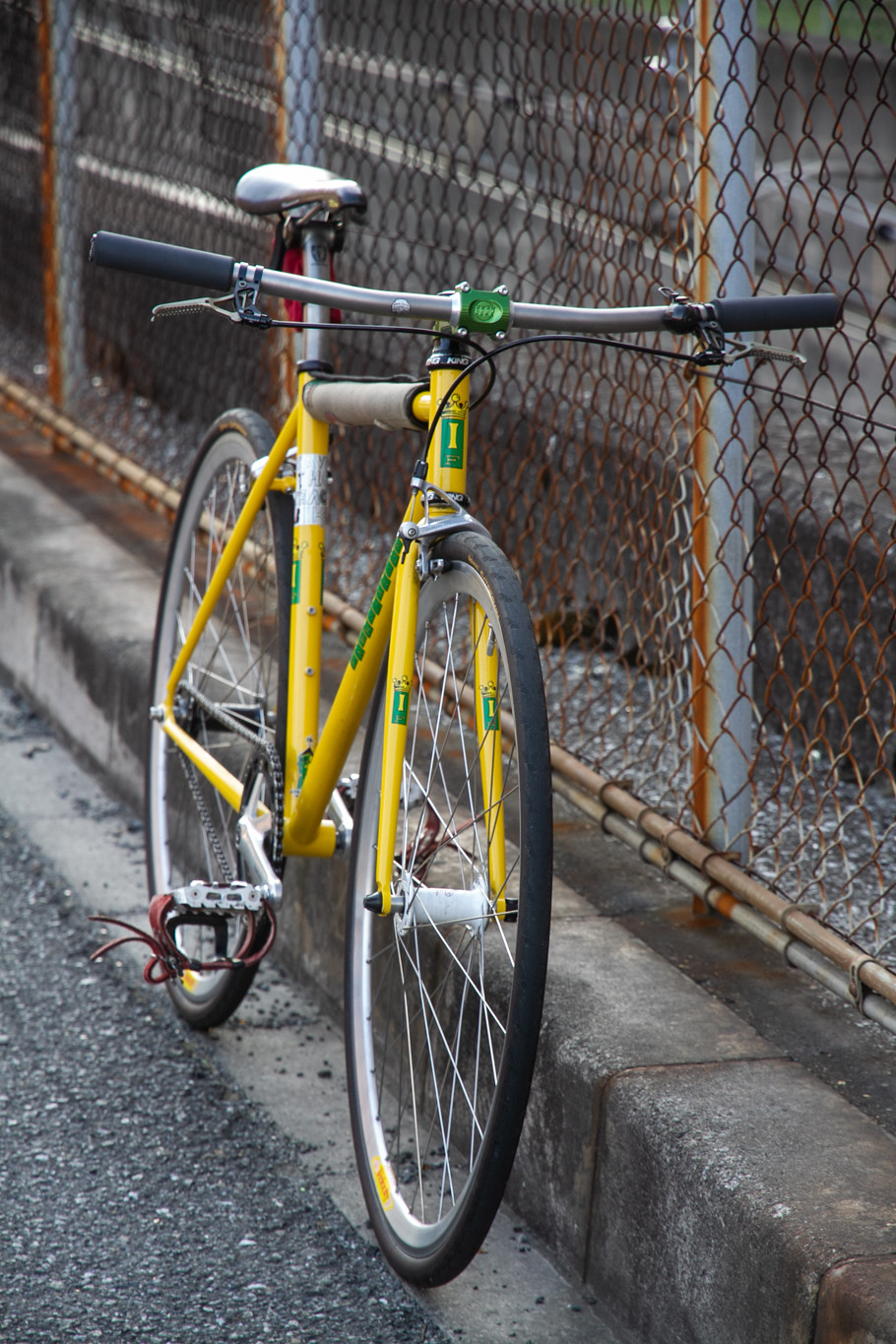 Kaneyan says that he doesn’t mind the uphills he come across in urban rides, he fell in love this bike so much that it made him want to go everywhere with this bike. 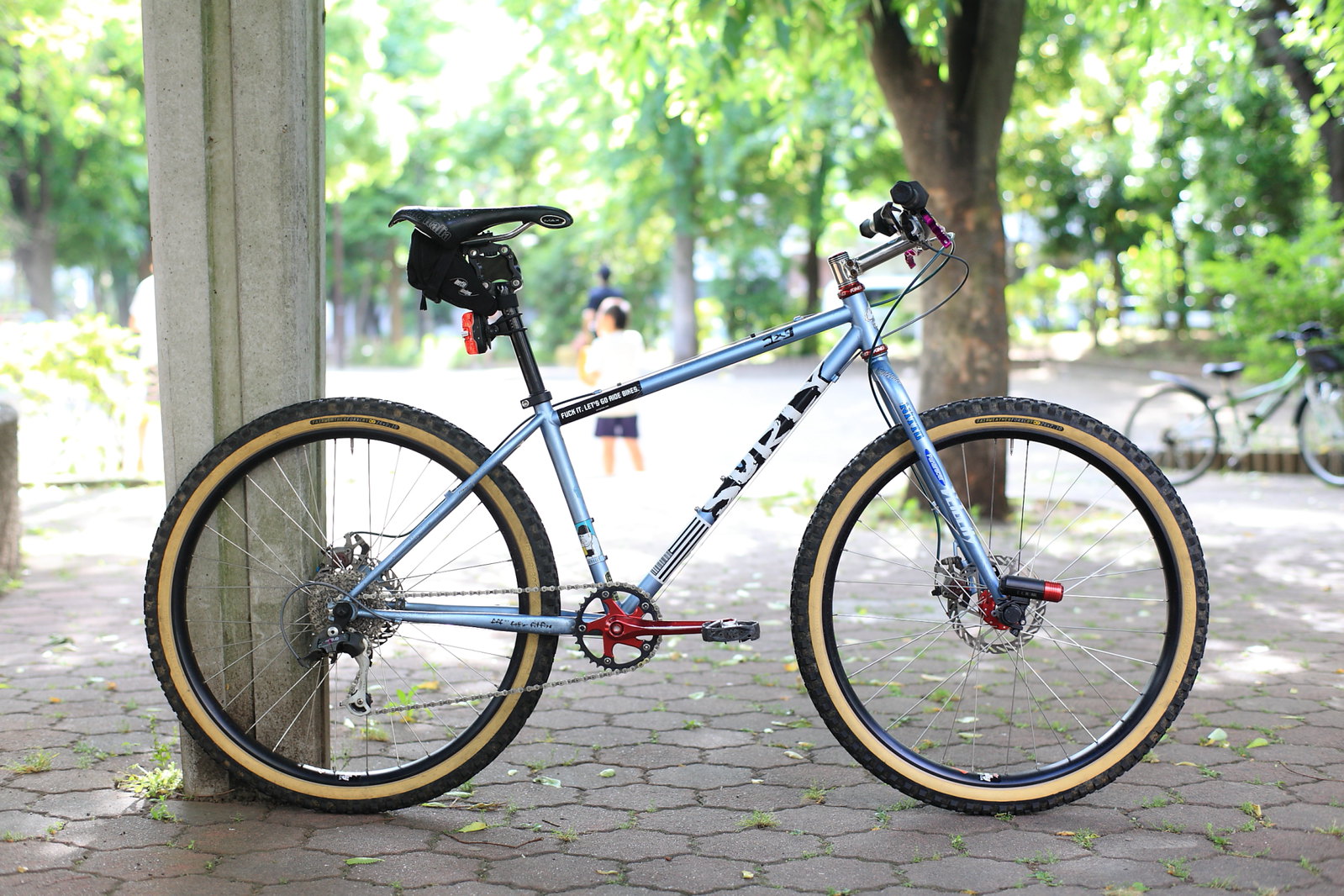 Then, in about the same time period of when he finished the Indy FAB build, his other favorite bike, which he was lending to his father came back to him.

The 1×1 by Surly bikes, which he got from Max, Blue Lug’s bag designer. Ever since he went on a trail ride with this bike, he completely fell into the world of single speed mountain biking.

Since Kaneyan was a bit taller than Max, Kaneyan started to feel that the bike was too small for him, as he went on multiple off-road sessions with the crew. He never thought that he would be able to get another 1×1 in a proper size. 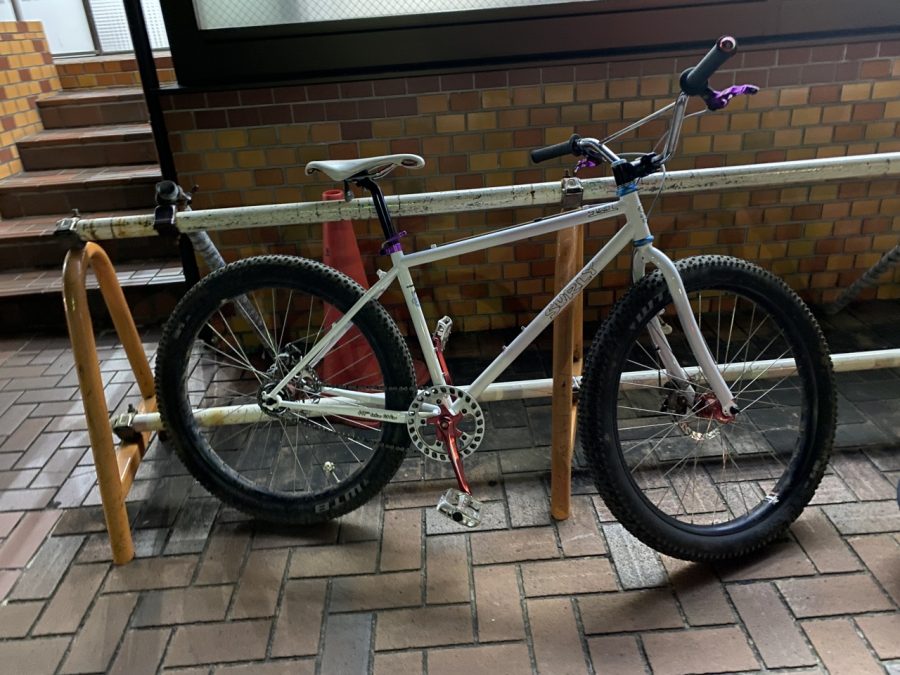 After long days of diving in the internet, a miracle happened.
He actually found another 1×1 in the proper size. (I’m trying to take the small one from him. Stay tuned for updates.)

“Oh god, I need all the 1×1s that exists in this world!!” I overheard him screaming from the mechanic pit. This man REALLY loves Surly. We often describe Kaneyan as “The Master of Surly Builds” and I totally agree.

“After years and years of going to multiple rides, I now understand how fun it is to go mountain biking with 26 inch wheels.” He wrote in one his blogs.

By “mountain biking” he doesn’t mean to bomb hills and go fast, it just means to go in the mountains with a couple of his lads and just mess around, maybe a few hops and wheelies here and there. I went on a ride with him once, and he is so fun to ride with.

The video down below is the ride I went with him.

By “mountain biking” he doesn’t mean to bomb hills and go fast, it just means to go in the mountains with a couple of his lads and just mess around, maybe a few hops and wheelies here and there. I went on a ride with him once, and he is so fun to ride with.

One time, I asked him whether climbing hills bothers him with a single speed MTB, and said that he’s already used to it.
He also mentioned that he doesn’t have to worry about snapping certain components or having any mechanical difficulties during the rides.

Breaking something while you are having a blast with your friends always suck, and I’ve had a few experience like that in the past, so my interest towards single speed MTBs are definitely heating up. 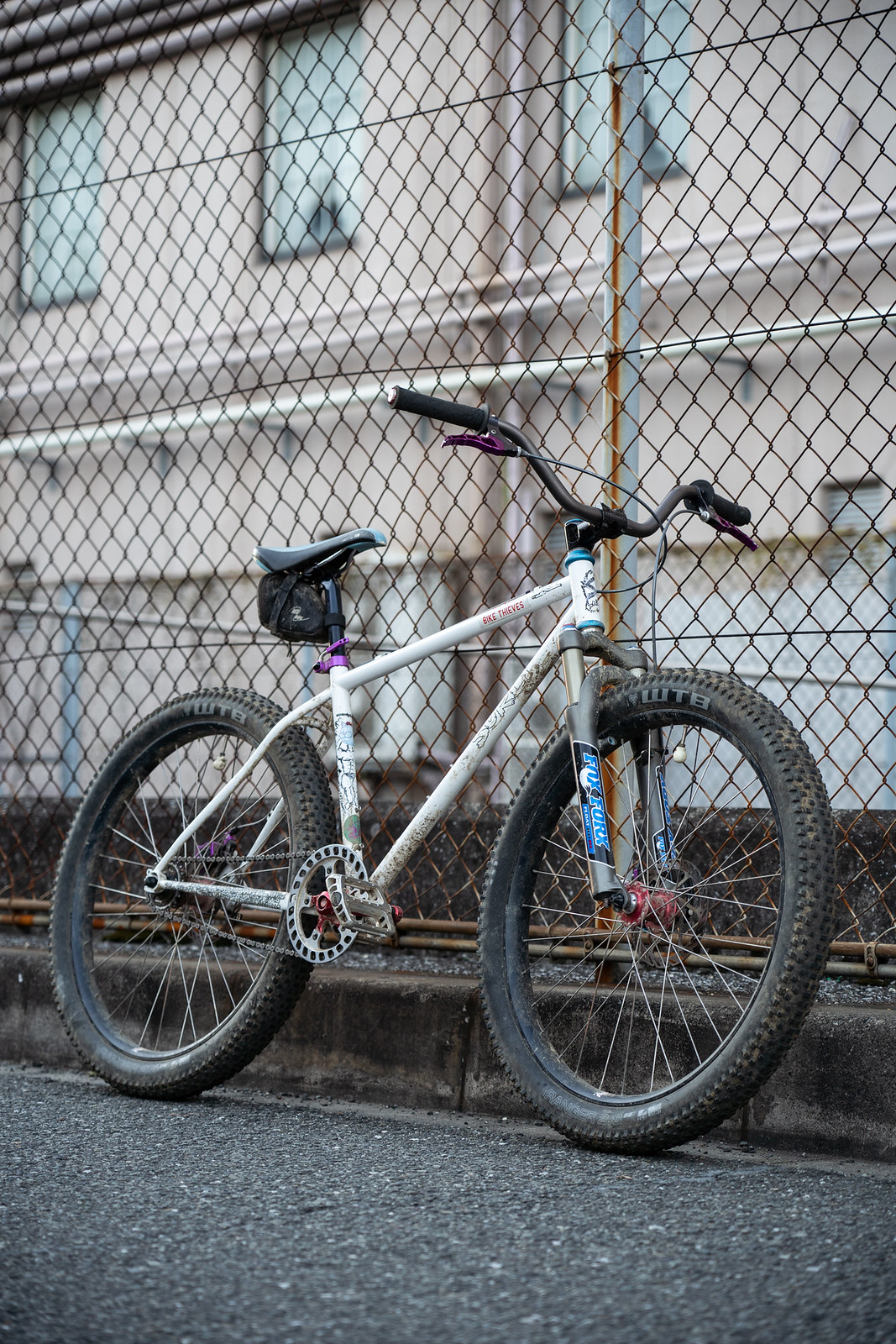 I’ve been seeing Kaneyan customizing some bits and pieces of the 1×1, every time before going on a ride. You know you love bike when you constantly want to touch it every week.

Now, let’s talk about his LOW.

“What made you do this customization? I thought you were attending a race?” I asked confusingly before the annual Bike Lore Race.

“Bro, I swear I heard someone whispering to my ears. Someone in my head told me to get a new set of wheels, change the bars and cranks, and convert it into a single speed!” He said half jokingly and half seriously. 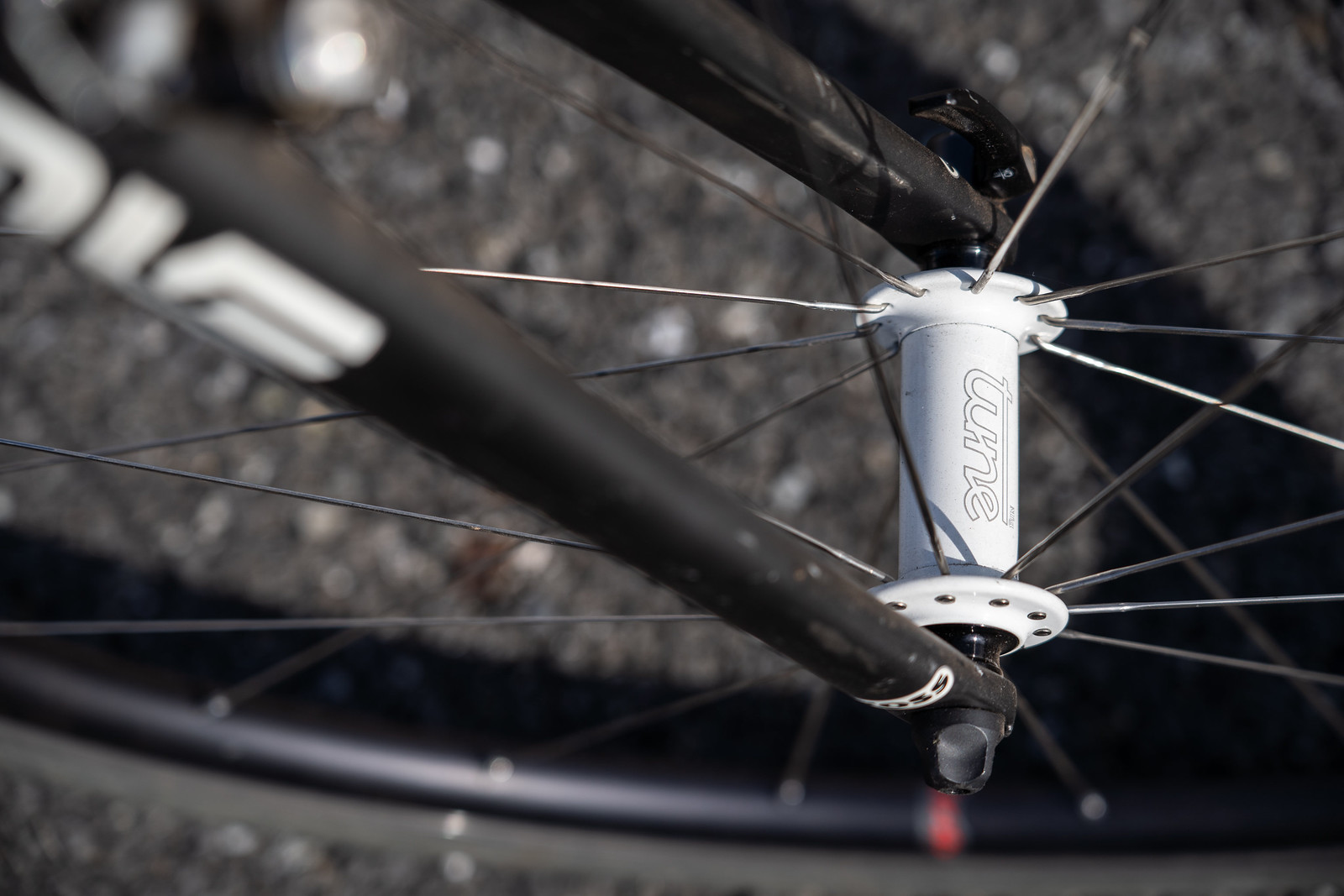 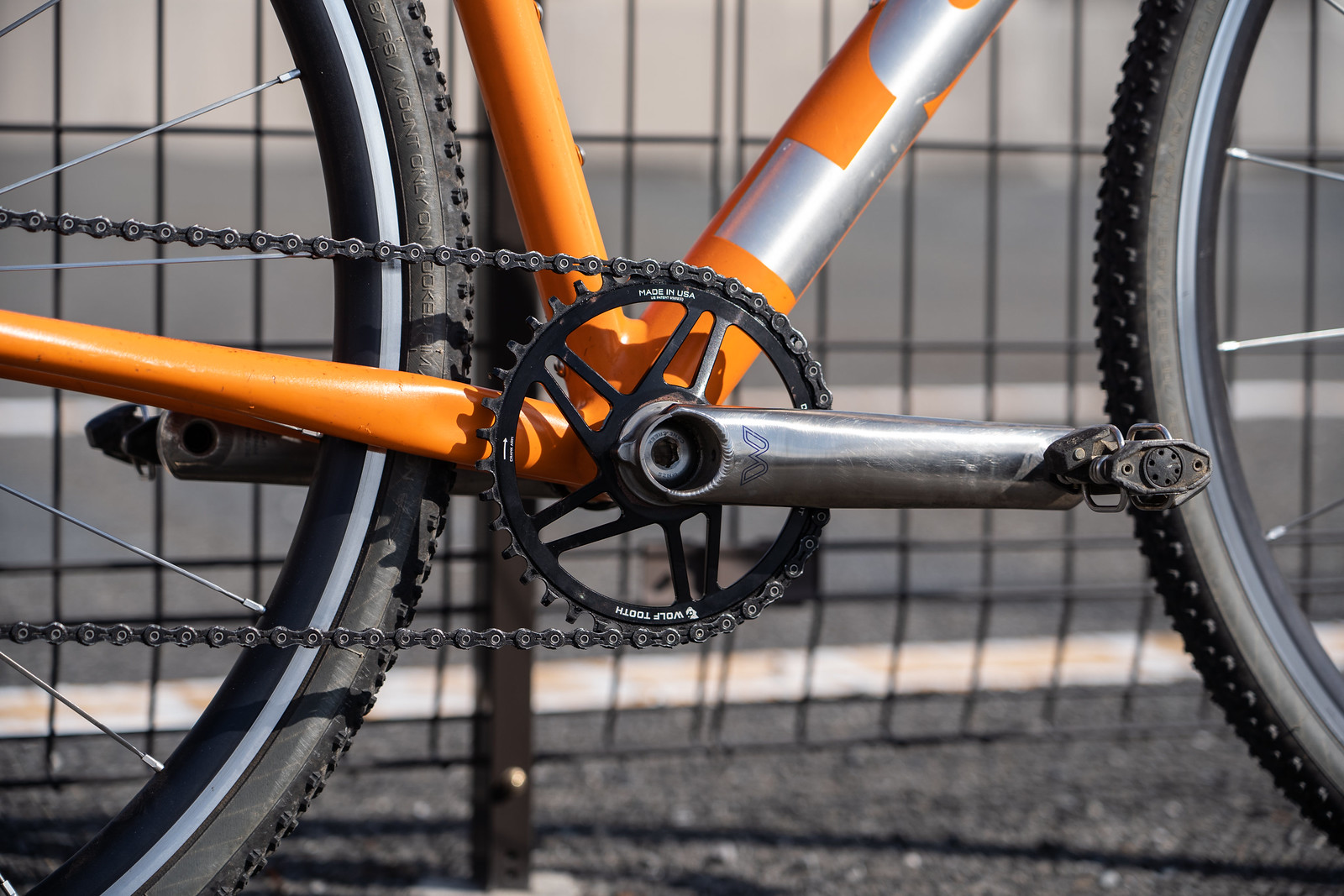 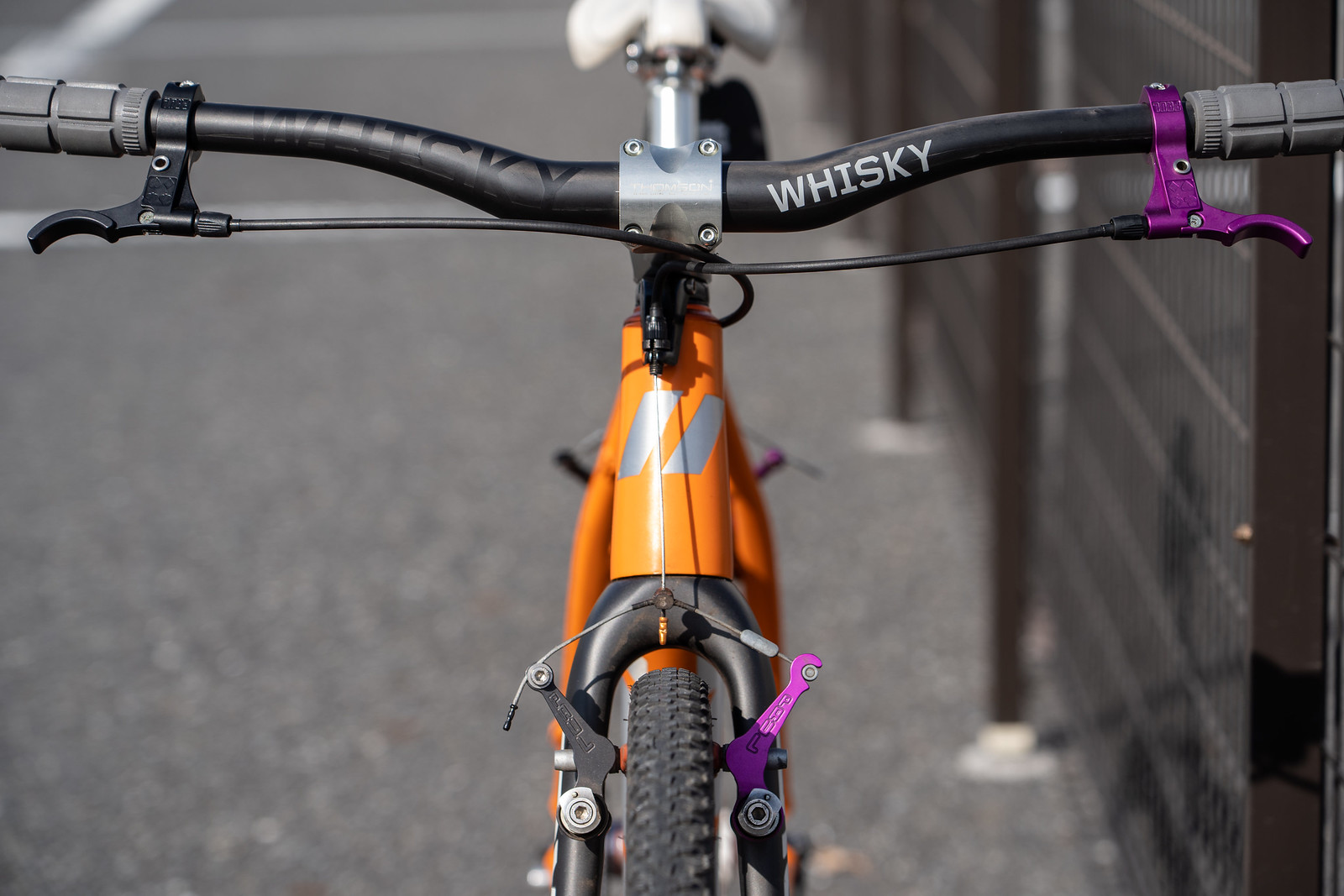 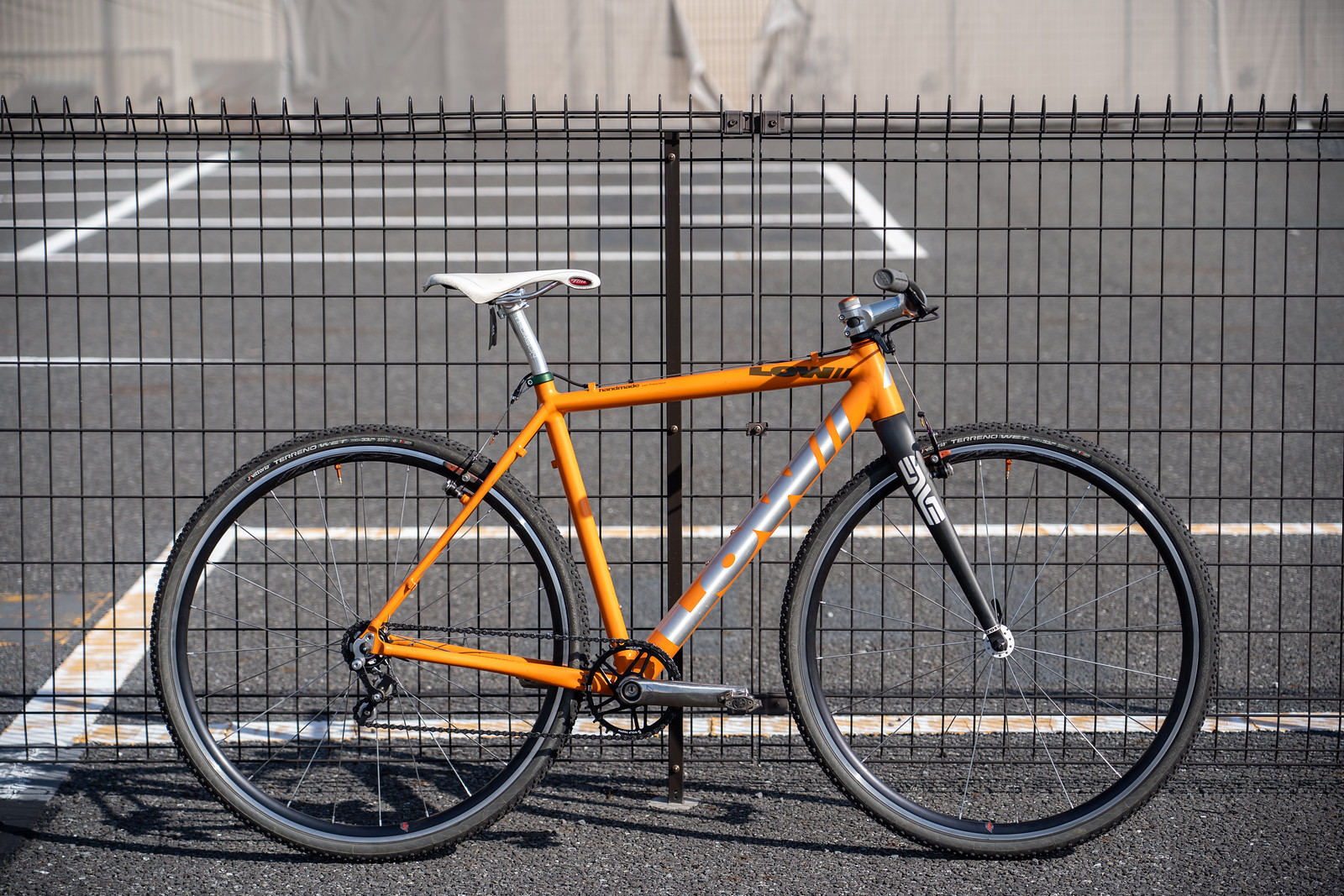 Don’t get me wrong, I love the way the bike turned out. It’s super light weight and Kaneyan and I thought that he might actually do good on the race. 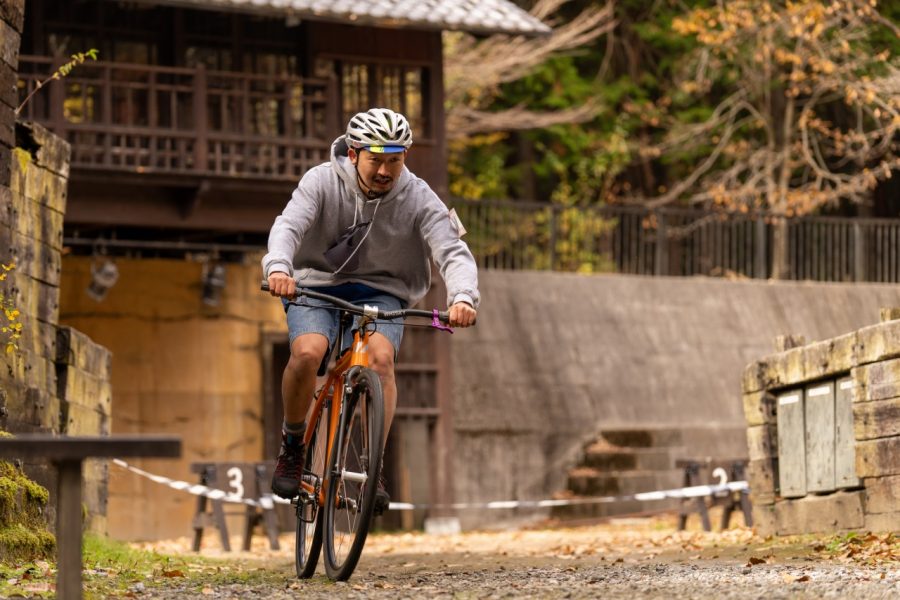 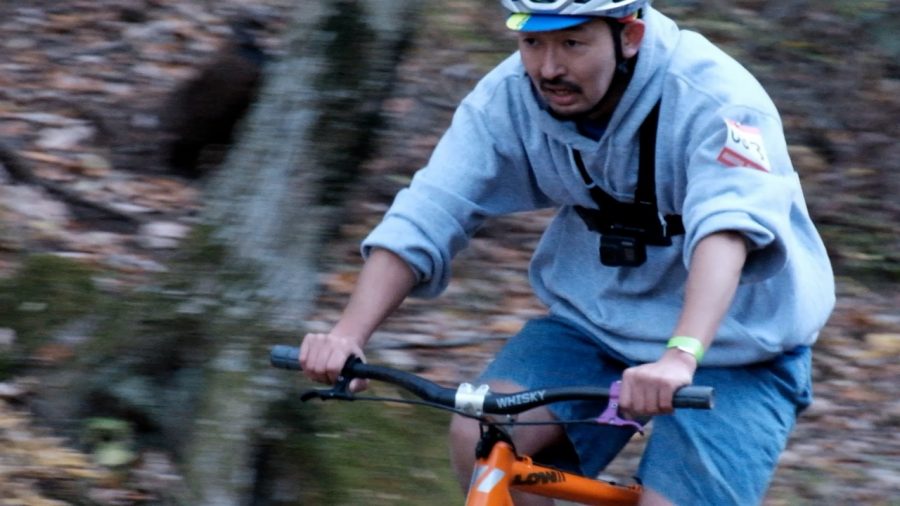 His smile at the start has completely faded away, 30 mins into the race.

“Damn! I’m really embarrassed! This is such a great bike but the rider sucked!” He said to himself.
“Oh well, guess I learned something today.” he follows

He looked sad because he couldn’t perform well in his LOW. But at the same time it looks like he’s enjoying the fresh way of riding the bike.

“Cyclocrossing bikes are racing bikes, building them in the traditional style is always great. But, I got tired of it so I tried this single speed conversion. I think I like this style better for now” he said on the way back home.

Like I said before, he has his own way of enjoying bikes, and I am always amazed with his prospective towards bicycles. Will he ever get over this “Single Speed Syndrome”?

We’ll just have to find out…