Let’s talk about the latest handlebars from Rivendell Bicycle Works.

It was a short while a go when the word “HilliBike” started to fly around the RBW community.
The meaning of this word indicates Riv bikes like GUS BOOTS WILLSEN having fat tires for going off road. 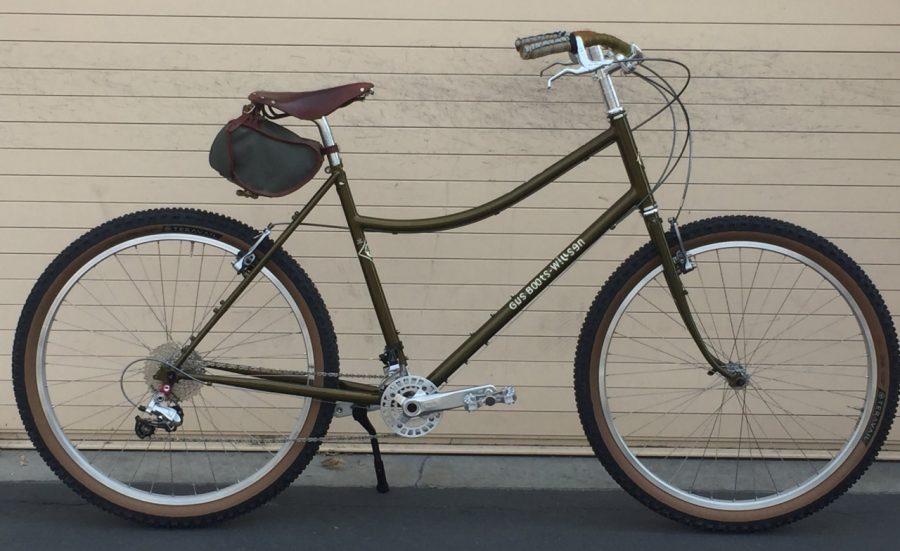 I’ve noticed these handlebars that I wasn’t familiar with. 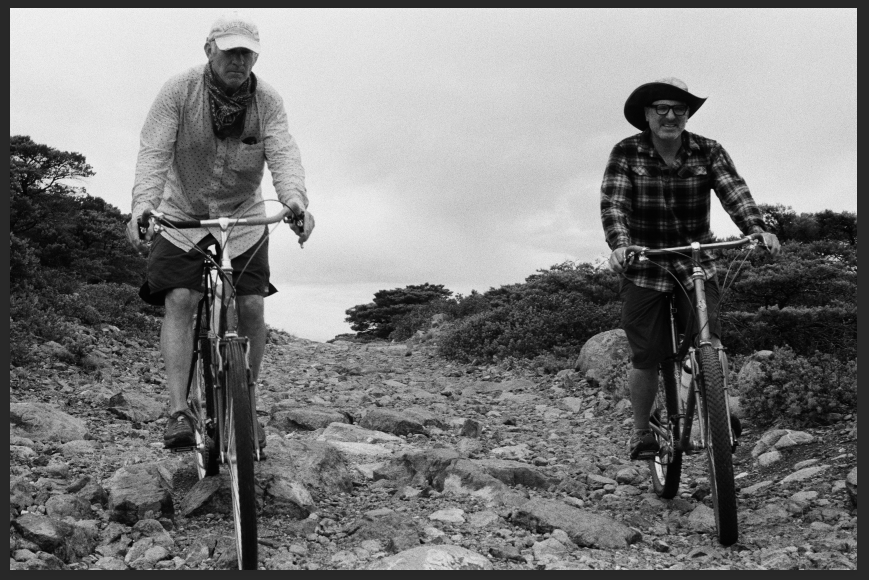 Notice the bars on their bikes??
It turns out that these were the prototype handlebars by them.
A low-rise version of the “Bosco Bars”.

Around the same time, we released the “Low Rise Bosco Bars”, “Losco Bars” in short, here at Blue Lug.
We were psyched that the guys at Rivendell had the same idea as us, but at the same time it felt a bit awkward because it kinda looked like we took their idea. 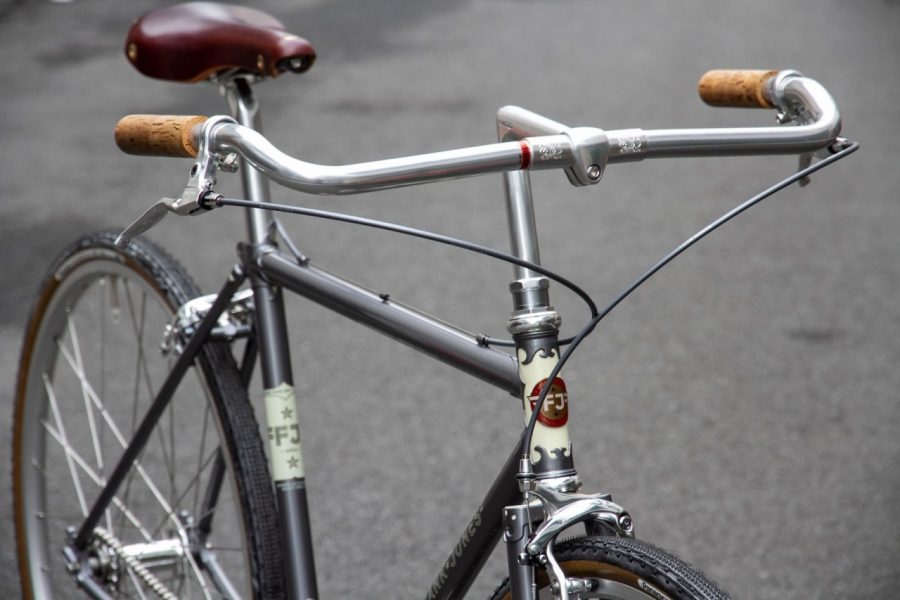 However, it turned out that we were just overthinking. The guys over at RBW seemed to like the Losco Bars, and they ended up actually carrying them on their website, while they were still working on their own prototype.

Moments later, the new handlebars that they were working on landed in Japan.

I feel like they liked the way we named the Losco Bars.
The new bars from RBW are called the “Tosco Bars”.
It looks like they were originally planning to make these with Nitto, but it didn’t work out so they went over to Taiwan and made it happen.
Taiwan Bosco=”Tosco”. Great naming huh? 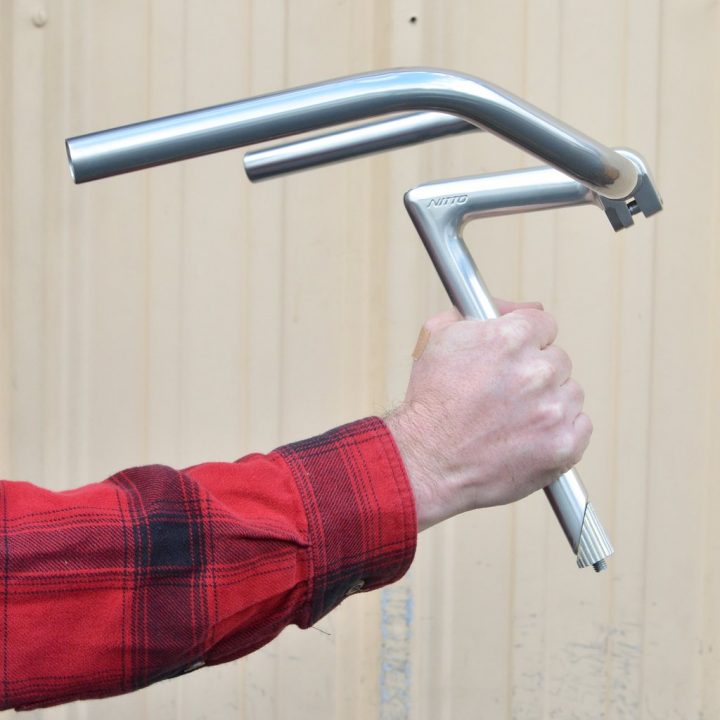 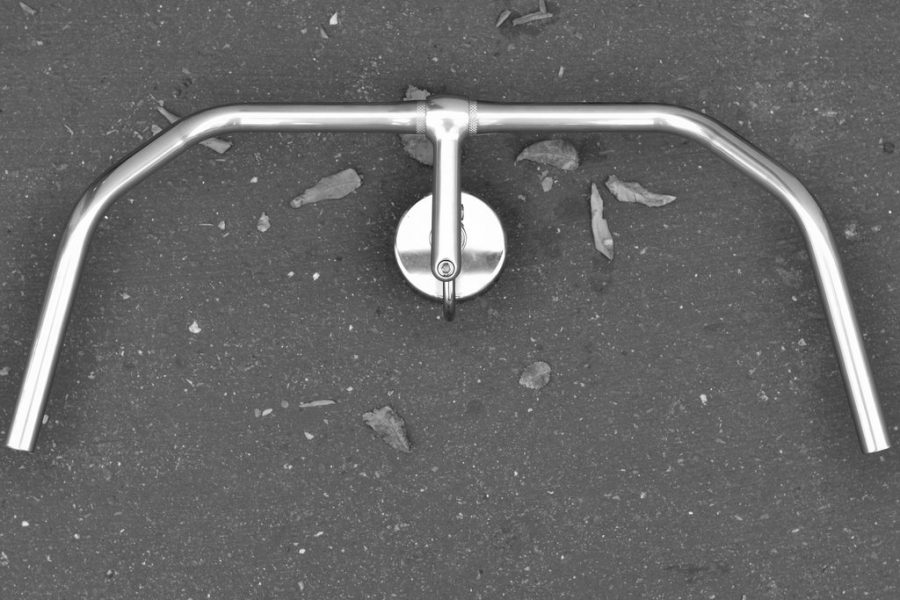 But by looking from above, you can spot the flare going towards the bar ends, just like the original Bosco Bars.
Now, let’s do a comparison with the Losco. 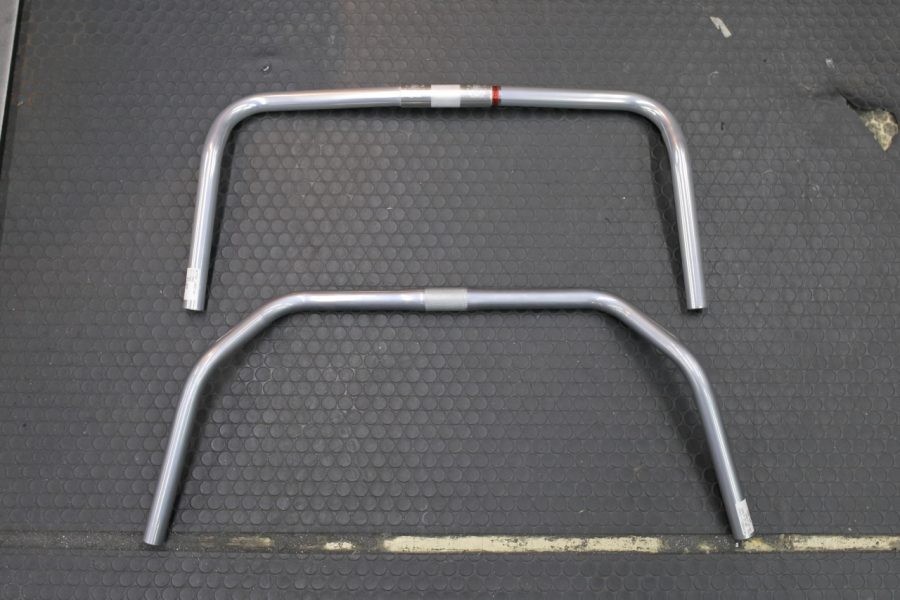 I felt like the Tosco and Losco would have a similar roll, but the flare on the Tosco made the two very different.
They each had some great points.

Our staff member Tani, have installed the Tosco Bars to his Clem. Let’s take a look. 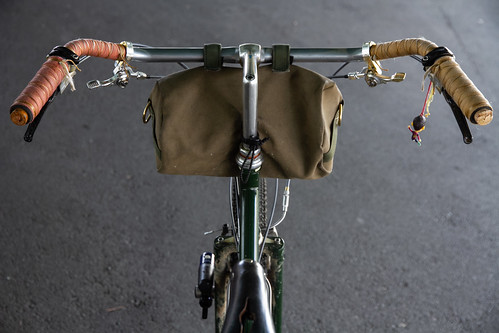 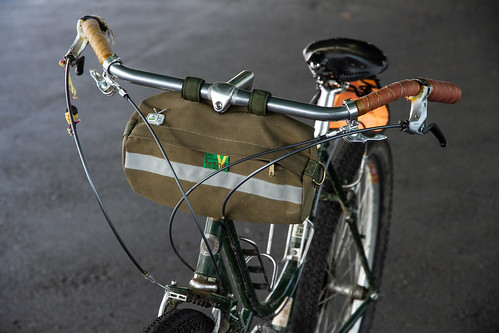 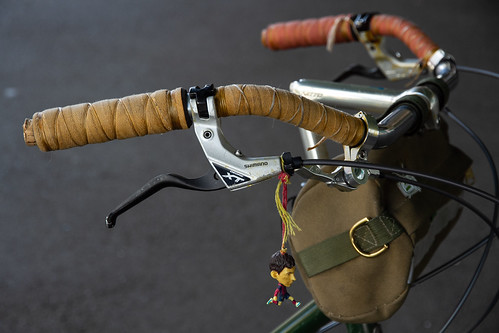 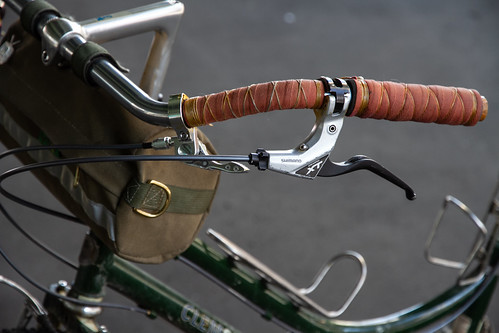 There’s 3 different sizes in total. Tani went for the 600mm.

Here are the description of all the sizes according to Tani.

550mm – Same width as the Albatross bar. Great for Sam or Riv bikes that have tires under 48C tires. Suitable for riding on road.

600mm – It feels like they’re best for Riv bikes with fat/off road tires. People who are comfortable with Albatross or the Choco bars might think they’re too wide.

650mm – First of all, 650mm only comes in 31.8 handlebar centers. There’s only a few threaded stems in that clamp size. That’s the difficult part. (We are trying to make a suitable stem with Nitto at the moment)
It should be great for “Hillibikes” such as GUS BOOTS and etc, or for Atlantis and JOE in a bigger frame size.

These are just some opinions from a person. You should get whatever size you like.

So are we done with the Bosco Bars now?
No no no, let us defend the beautiful Boscos. 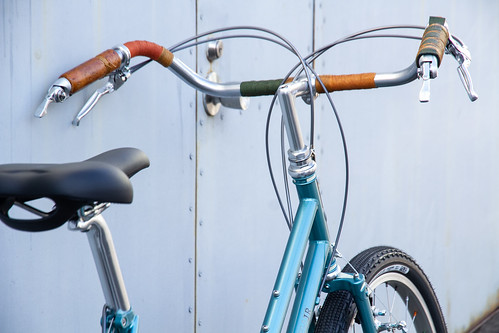 Nothing can replace the OG. The Losco and the Tosco are not the “upgraded version” of the Bosco. 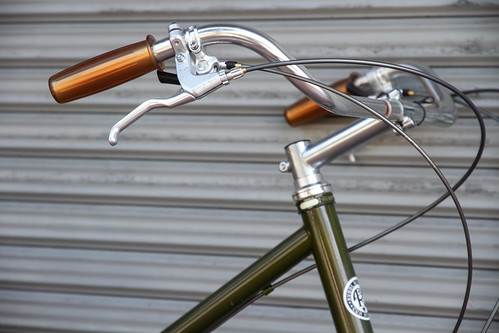 Every time when there’s a new handlebar released, the classic bars tend to look like old news, but that’s not the case here.
We still need the Bosco bars for bikes you would ride in an upright ride position.

Look at these two bikes. 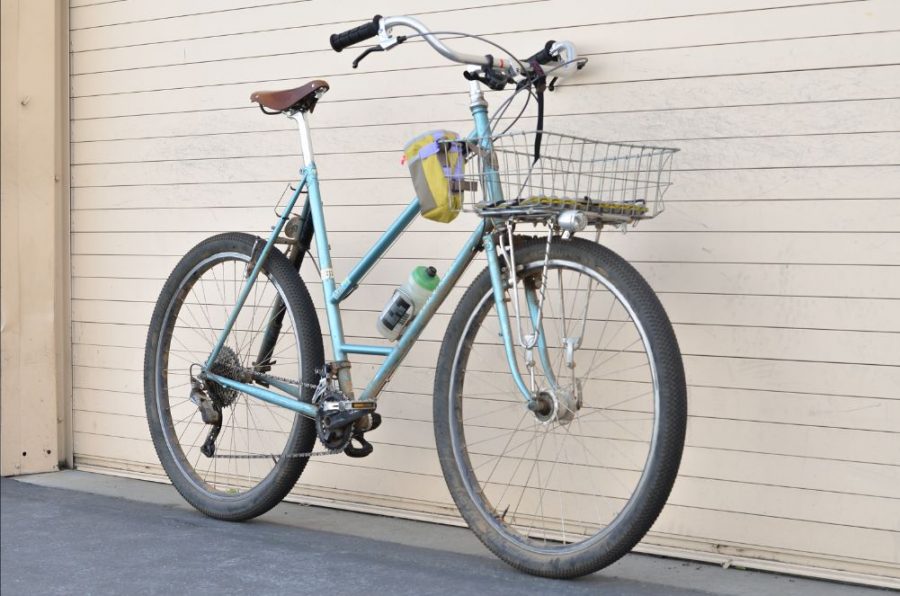 It appears that Will and James, two staff members of RBW have upgraded their bars to the Bosco! 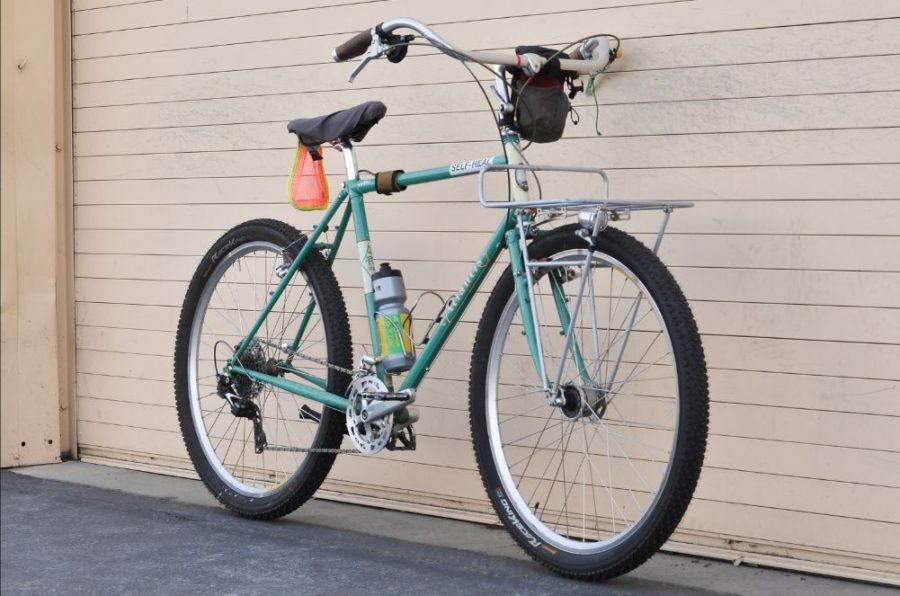 But man! Their bike looks gorgeous!! 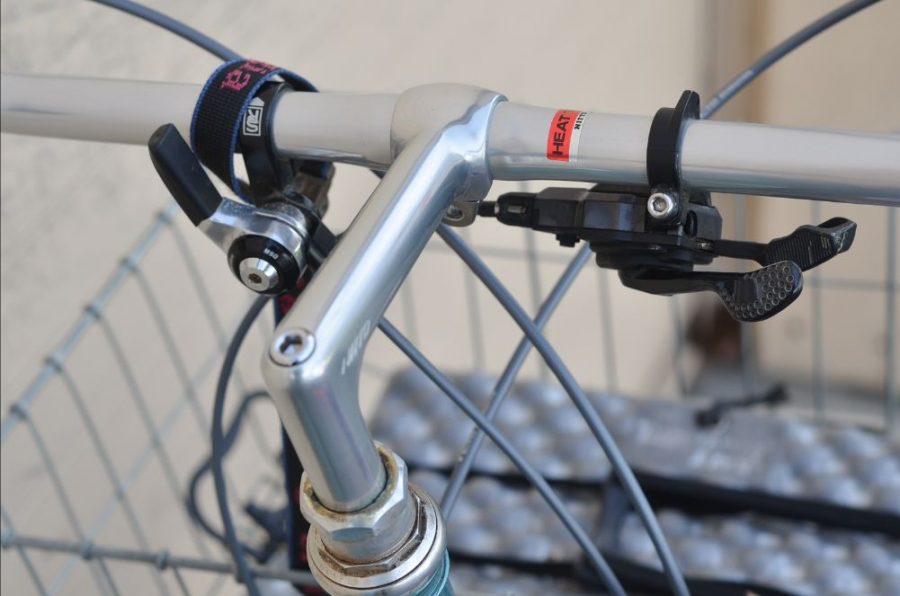 Look at where the shifter lever are placed on Will’s bike. Apparently this is for not having to swap the cables when changing to new handlebars. Love it.

Let’s get back on track.
What we’re trying to tell you is that the “new stuff” are not the answer to everything. It just means that there are more options.

Whether it’s Tosco, Losco, Bosco, Albatross, Choco, Mustache, or Bullmoose, the key for choosing the “right handlebars” is making sure it fits your body and how you want the riding position to be. Like I said new things are not always the key. 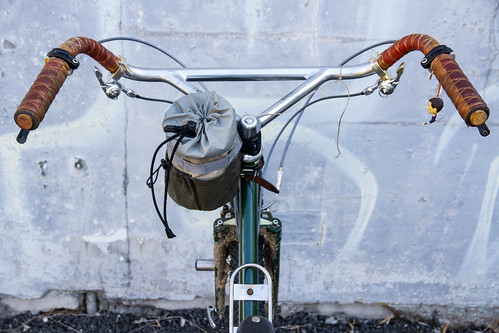 That’s all for today.
See ya next time!