Visitors all over the world

Once you walk around downtown in Tokyo, You will see so many tourists all over the world in these days.

We/BLUELUG have 3 stores and cafe/bar in Tokyo.

Hatagaya store is the headquarters. Located Hatagaya, Tokyo, two stops from Shinjuku Station (Do you know that? Shinjuku is the busiest train station in the world) 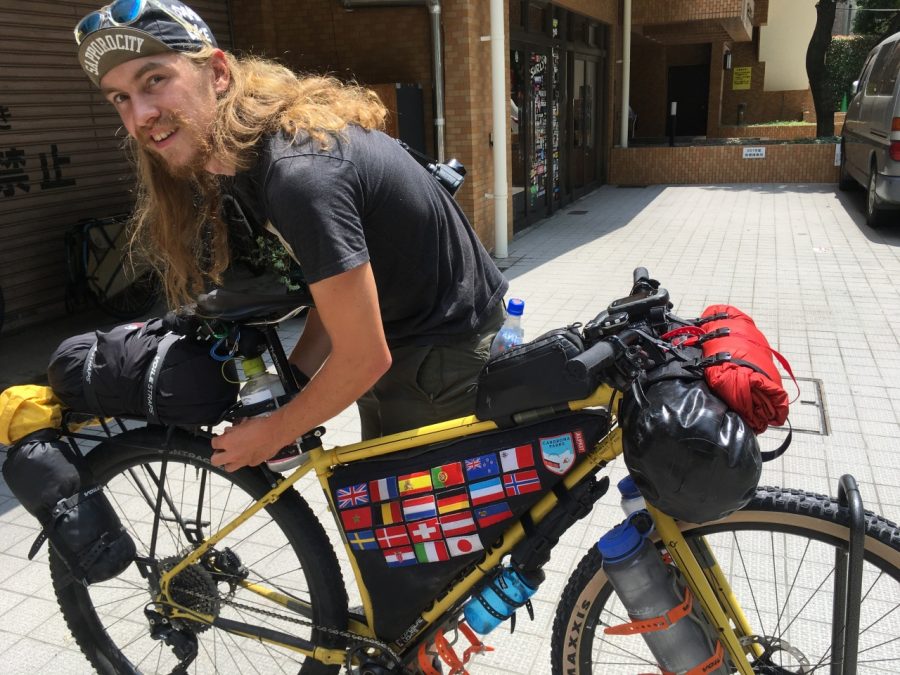 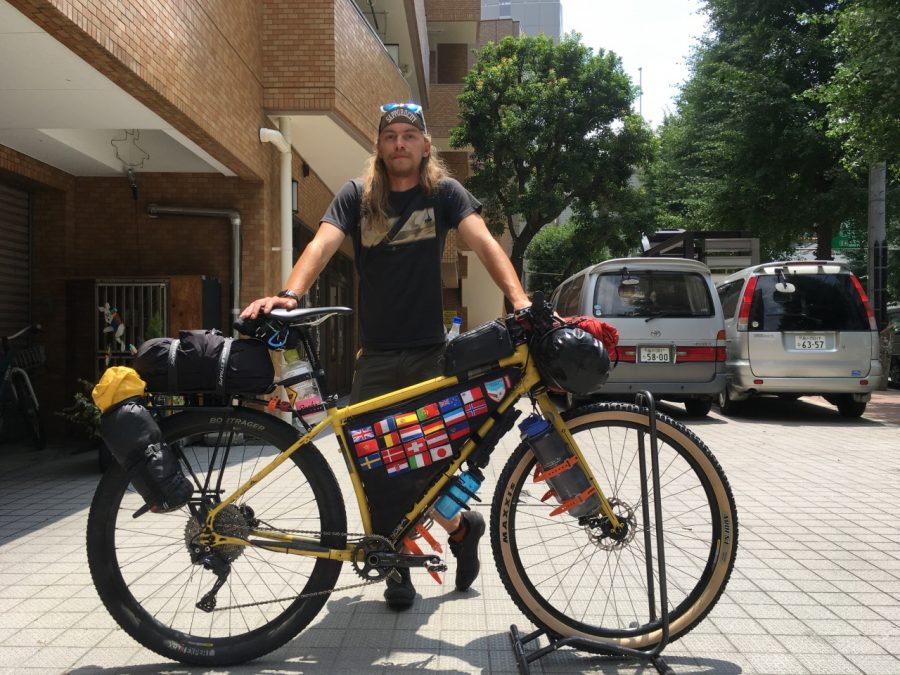 He stoped by the store middle of his bike touring.

His bike and his bikepacking style/skills are inspiring us a lot. 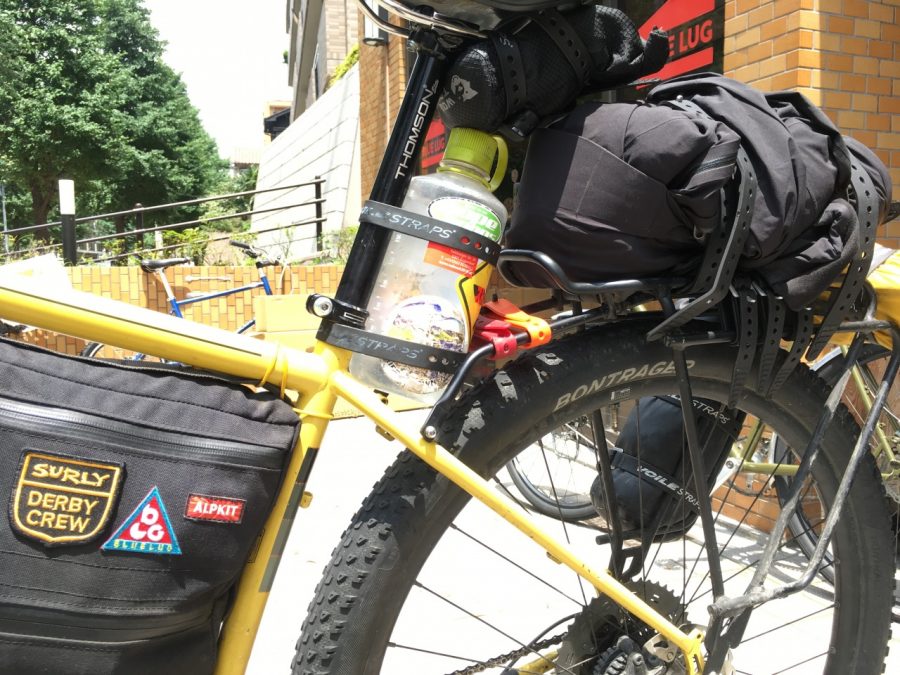 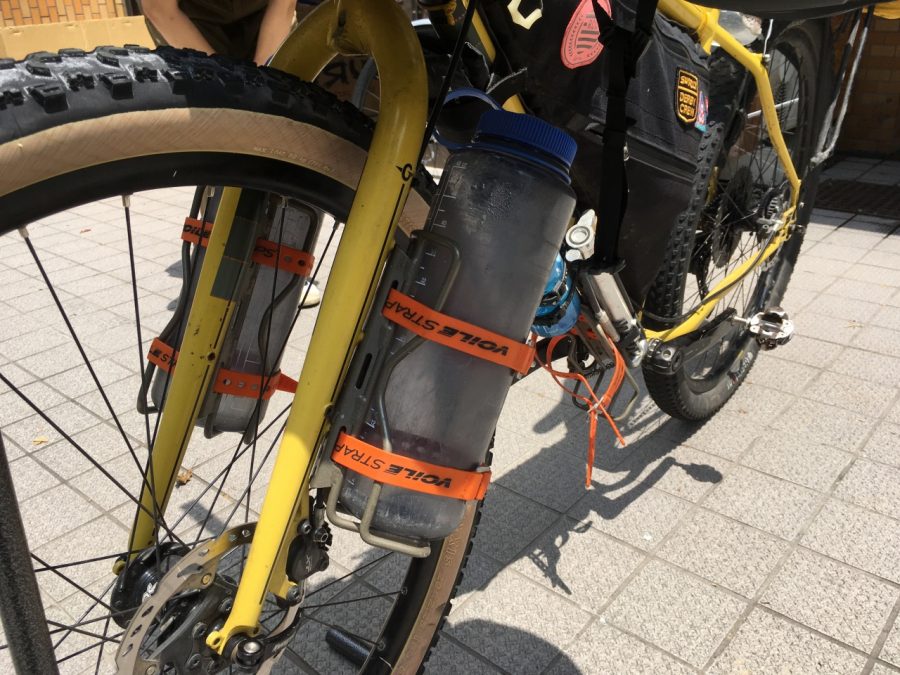 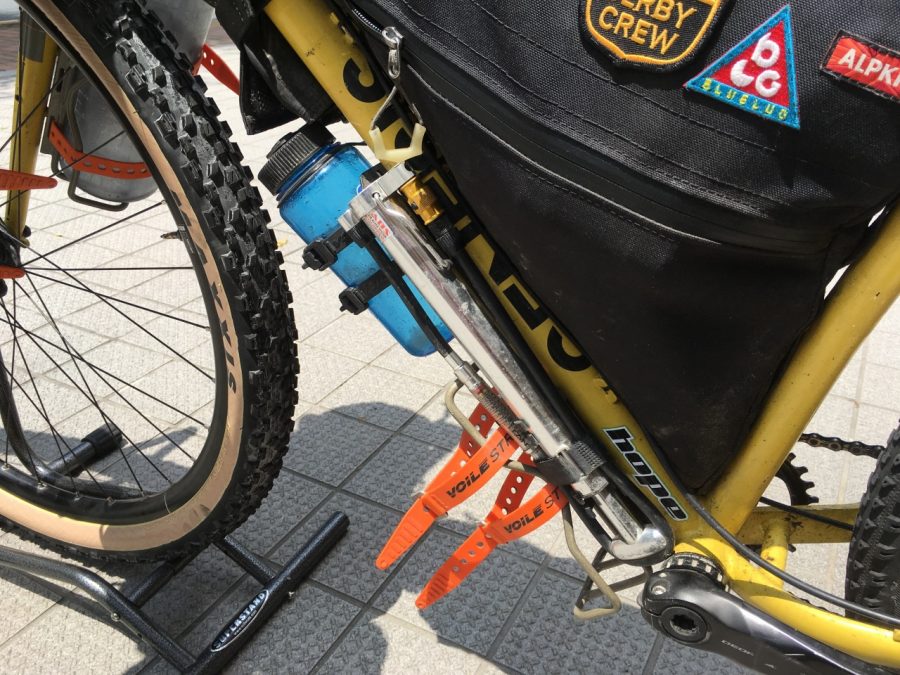 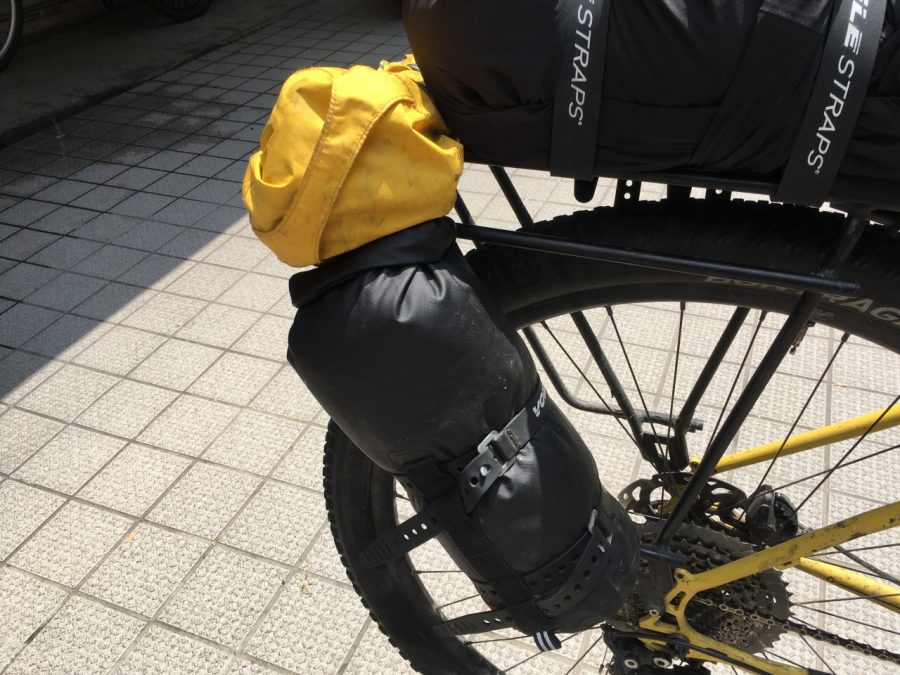 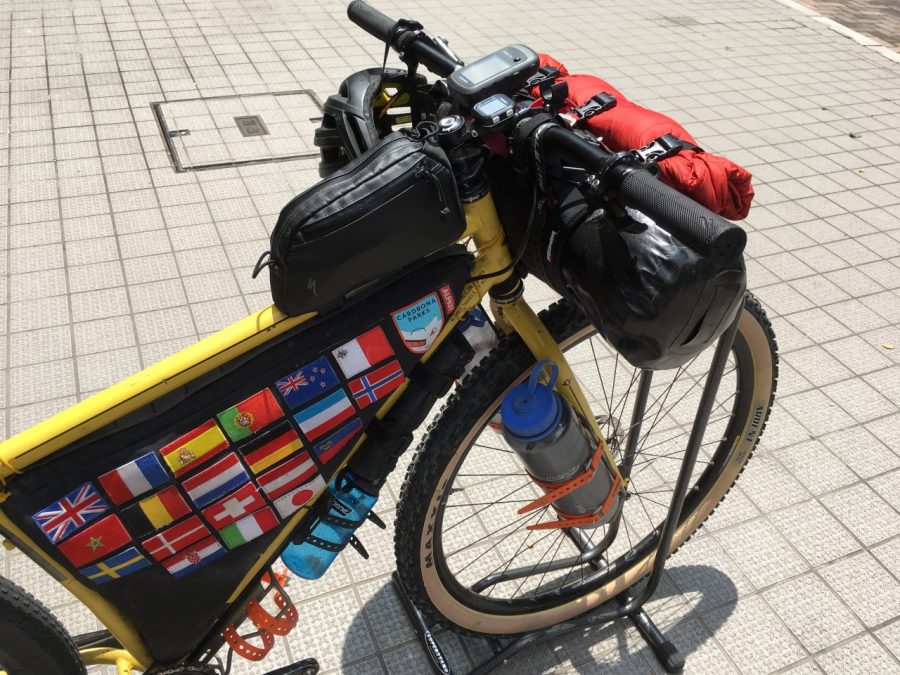 He uses 32 BOILE straps for bike packing, BOILE straps are everywhere!! Using dead spaces effectively and tighten up by BOILE.

Also I amazed how he uses Rain Jacket as a bag, rear rack carrier bag.

He travel more than 50 countries, and traveling by this bike is 32 countries (Genesis bike from UK). As you could see his frame bag patches. 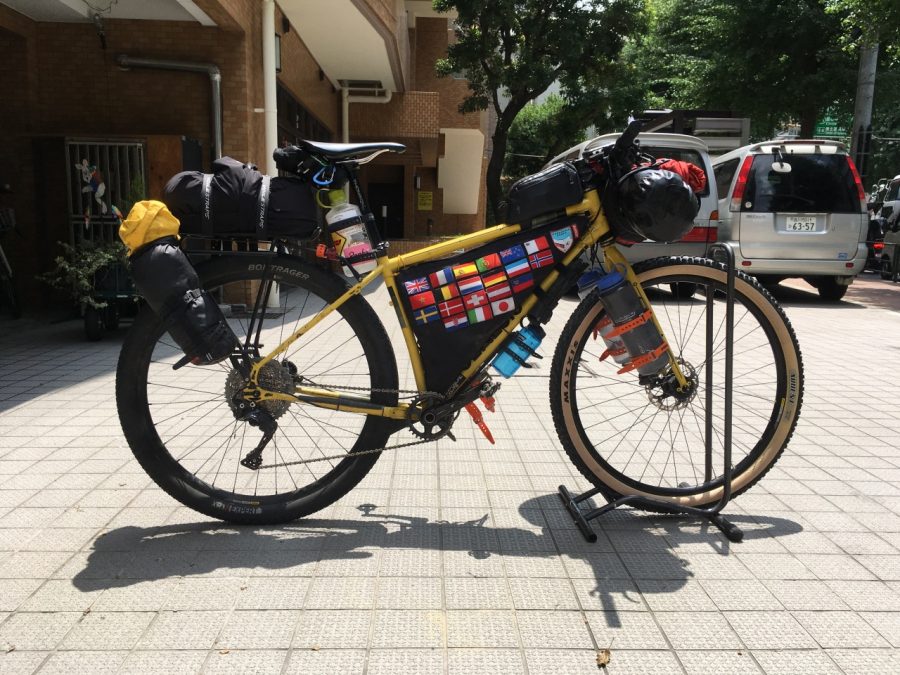 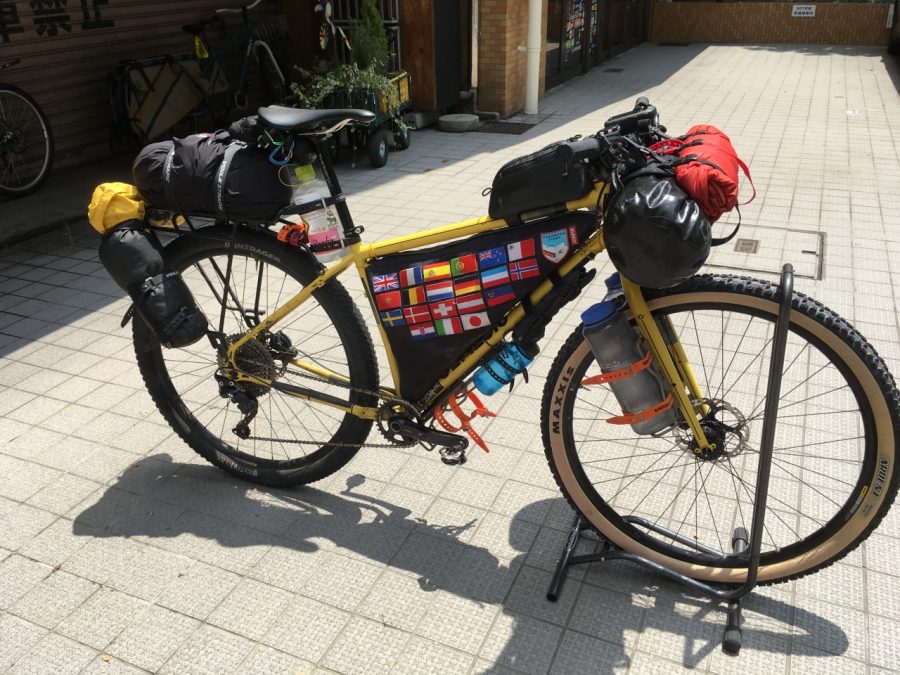 Visitors from all over the world are always inspiring us. Their DIY sprits are remarkable.

If you planning to visit Japan, Please come by and say hello to us!!